Floyd Mayweather is arguably the greatest boxer of all time and the World Boxing Council is paying homage to his impeccable career (50-0) by placing his picture on each of its famed green and gold championship belts.

Floyd “Money” Mayweather joins Muhammad Ali and the late WBC president Don Jose Sulaiman, as boxing greats with images that will appear on each WBC green and gold world championship belt. Currently, each weight category’s WBC World Championship belt features the two greatest champions of the division with the sixth picture being one of the reigning champion.

“I’m honored to have the WBC include my likeness on their green and gold belts for eternity,” said Mayweather in a statement from the WBC. “I remember the first time I won a WBC belt and saw the photos of the great champions on there and always wanted to be there too. It really is a dream come true for me to be alongside the great Ali and WBC founder Don Jose, [along] with being recognized by them for my contributions to the organization and the sport. I am beyond grateful to receive this honor. ”

In related news, Mayweather became a grandfather for the first time this month when his 20-year-old daughter Iyanna “Yaya” Mayweather gave birth on Jan. 10. Yaya posted a picture of the champ bonding with the newest member of the Money Team and posted, “My mom and dad just love my baby so much.”

Check out the champ and the newest heir to his thrown below. 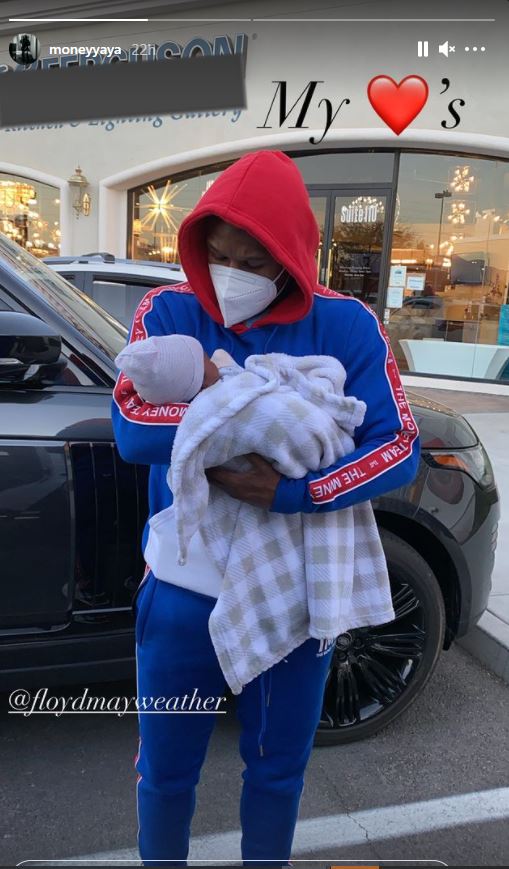