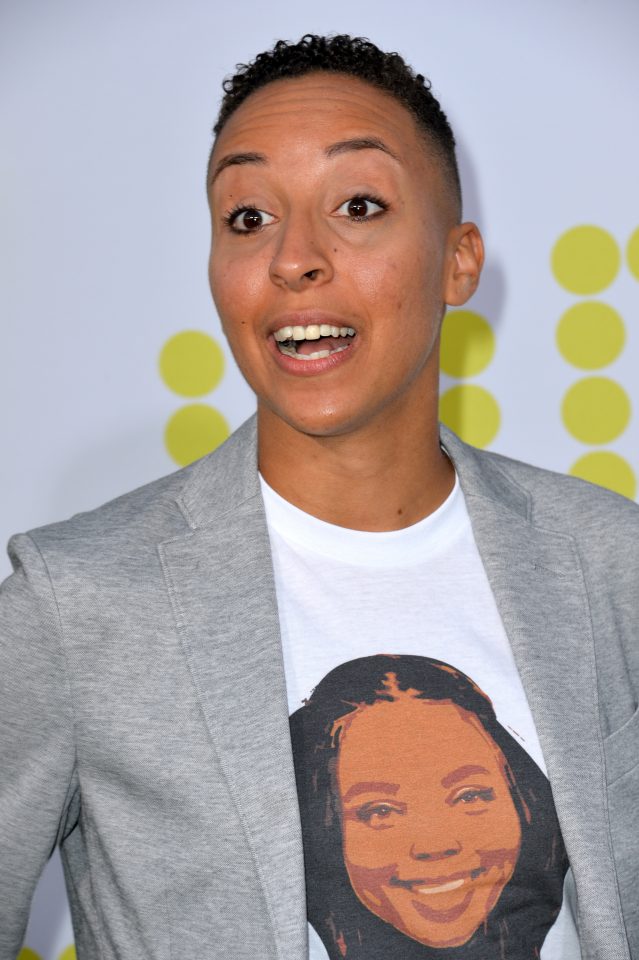 WNBA star Layshia Clarendon underwent breast removal surgery this month and is on the road to recovery. Clarendon, who identifies as non-binary, announced the news on Instagram and shared a few photos of the procedure, often referred to as “top surgery” as well.

She wrote, “On Jan 13th at 10am I hugged my wife in front of my surgery building, walked in and took a deep breath…The day was finally here. The day I got to have Top Surgery!!!!!!! It’s hard to put into words the feeling of seeing my chest for the first time free of breasts, seeing my chest the way I’ve always seen it, and feeling a sense of gender euphoria as opposed to gender dysphoria. Sighhhh…freedom… freedom at last.”

The WNBA baller also revealed that she was reluctant on sharing the news because of the possible negative feedback and comments that could come her way.

She added, “I’m usually not scared to share news publicly but the amount of hate, myths & ignorance surrounding Trans and Non Binary people’s existence actually had me debating sharing this joy. I want Trans people to know and see that we’ve always existed & no one can erase us! I want people to remember that my freedom is your freedom because none of us are free until we are all free!!!” 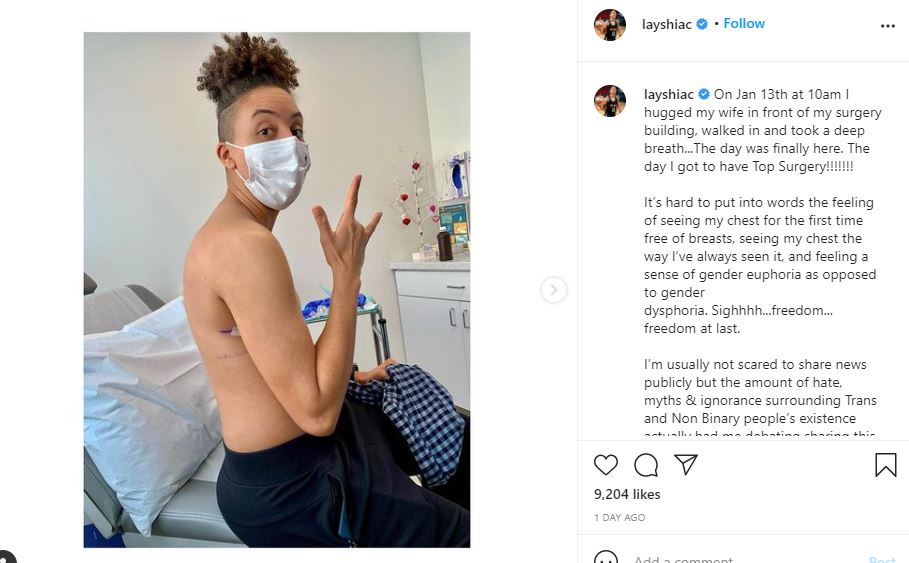 Clarendon, who is 31, married her wife Jessica Dolan in 2017. The couple announced the birth of their first baby, which Dolan carried, on Christmas. They haven’t revealed the name or the sex of their baby, which the couple calls ‘#babyC’ on social media.

The WNBA, the players’ union, and her team, the New York Liberty, are all behind Clarendon as well.

WNBA Commissioner Cathy Engelbert released a statement on Clarendon’s surgery, stating, “Layshia’s story is one of inspiration and courage, and as a takeaway from the emotional conversation we shared recently, my hope is that the WNBA’s full support will extend far beyond this league.”

“We are so proud that Layshia is part of the WNBA and we know that their voice and continued advocacy will not only support and help honor and uplift many other nonbinary and trans people, but also encourage empathy and understanding for the community across all levels of sport.”