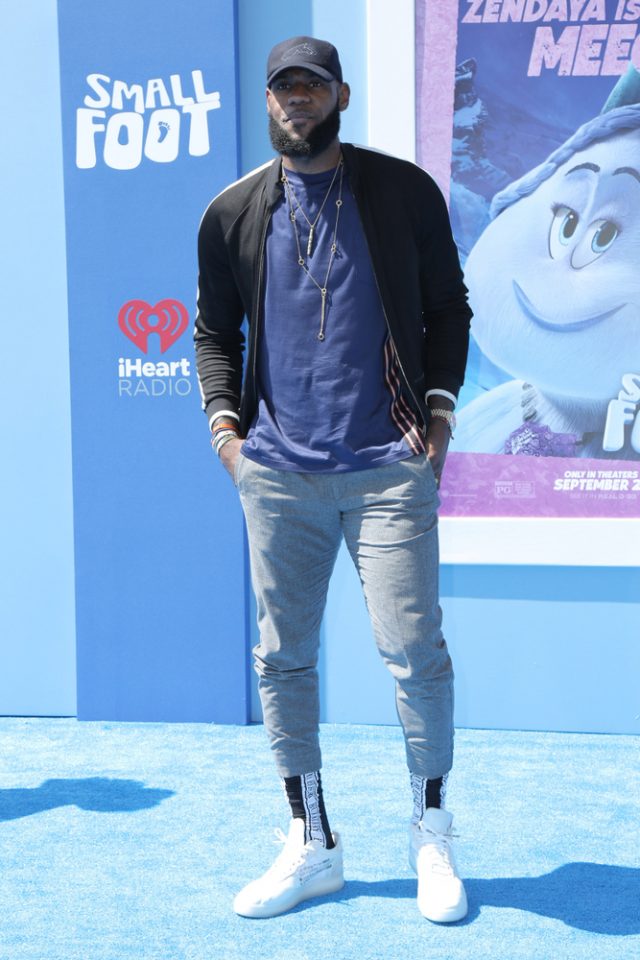 A female spectator got into a profanity-laced shouting match with Lebron James, then later spoke out with even more obscenities after she was kicked out of the game between the Los Angeles Lakers and the Atlanta Hawks.

James quickly dismissed “Courtside Karen” as being an inebriated clout-chaser, while fans pondered what would have happened to her had King James’ wife Savannah been on the scene.

The episode popped off on Monday, Feb. 1, 2021, at State Farm Arena in Atlanta when the exchange between James and the husband-and-wife team of Julianna and Chris Carlos got so heated that officials had to halt the game, according to ESPN.

The referees stopped the game after LeBron was heckled by a spectator in Atlanta. pic.twitter.com/apoDqvt4ll

Juliana Carlos is an Instagram model, and she claims James harassed her husband Chris while they sat courtside, despite contradicting the logic that James was busying himself with his opponents.

At one point, the wife bombastically inserted herself into the shouting match while spewing vulgarities at James until she was directed to sit down by an usher. Immediately thereafter, security ordered the pair to vacate the arena.

As they were being ushered to the exit, the wife decided to brag on her Instagram page that she handled James. (Warning: NSFW)

“Anyway, I’m minding my own business, drinking, having fun. All of the sudden, LeBron says something to my husband, and I see this, and I stand up. And I go, ‘Don’t f—ing talk to my husband.’ And he looks at me and he goes, ‘Sit the f— down, b—-.'”

Flip the page to check out King James’ reaction to “Courtside Karen,” as well as fans’ speculation about what would have gone down had his wife, Savannah James, been in attendance.