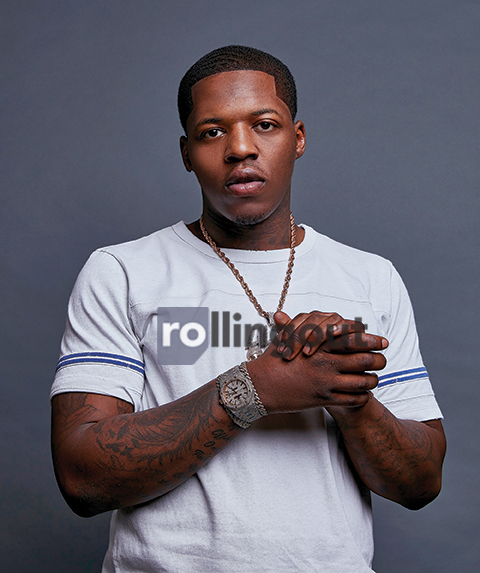 The day is a little more than halfway fulfilled — by virtue of the clock — but up-and-coming rapper Lil Zay Osama is far from winding down. Posted up in the comfortable environs of his Chicago home, his candor is undeniable, as is his sense of fashion. Dripped out in a custom sweatshirt with an iced-out chain to boot, his vibe suggests a readiness that suits his relentless work ethic.

Since 2018, the year he released his breakout smash “Changed Up,” Zay’s discipline and diligence have served him well. After earning more than 162 cumulative online streams, the Englewood neighborhood representative signed with Warner Records in August 2019, where tracks such as “Like A Pimp,” “Rumors” and “Ride 4 Me” featuring Jackboy set the stage for his most recent project, Trench Baby — a musical exposition of a man and artist who’s turned tragedy into triumph.

As unrelenting and determined as he is, the 23-year-old knows that reality easily could have been turned upside down.

Only eight years ago, then-15-year-old Zay, born Isaiah Dukes, was shot in the chest as a result of his heightened gang activity. While in the hospital recovering, he was arrested and eventually sentenced to five years in a juvenile detention center.

With more than 30 cases on his record and facing three new charges, Zay was deemed a “violent and habitual offender.” He was supposed to rot in jail. However, he caught a break due to a technical issue when he says the length of his sentence was processed incorrectly.

“I did juvenile life, but it wasn’t really juvenile life because I got out early, which I wasn’t supposed to,” he explains. “But they made a mistake. When they f—-ed up my time in the system and put my time in wrong, they gave me an earlier [release] date, which was when I turned 19. … It was a blessing because I wouldn’t be here.”

Despite an ardent effort to focus strictly on music when he got out, old habits die hard. In less than a week’s time, Zay quickly found his way back to the block.

“I was in the ‘hood every day all day, shooting videos, making songs, still out here on my same s— that I was on before I went to jail,” he admits.