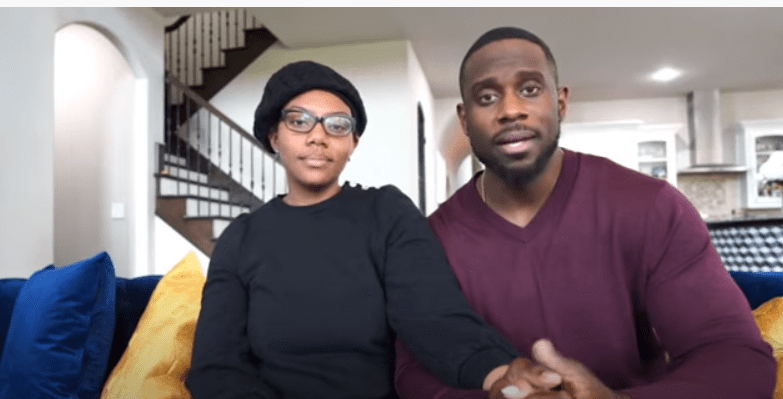 Da’Naia Jackson, the wife of disgraced relationship guru Derrick Jaxn, has been getting torched on Twitter for standing by her self-admitted cheating husband and, especially, for the wardrobe she was outfitted in during her husband’s confessional.

Jaxn, the prolific author who advocates for women in many of his Instagram video posts about relationships, admitted on Tuesday, March 25, 2021, that he has had many extramarital affairs.

Many folks were puzzled by Jaxn’s use of the third person to describe his many infidelities with women nationwide. But even more fans expressed concern that wife Da’Naia Jackson looked like she was being held captive and questioned why she wore a bonnet to a public confessional.

Jackson, however, used her IG account the following day to explain to her 75,000 followers that the bonnet symbolizes a source of divine power for her.

“You see a bonnet, I see the helmet of salvation. You see an army green shirt. I see the breastplate of righteousness,” she said while wearing a pink cap and army fatigues. “I see the belt of truth and the sandals of peace, the sword of spirit, which is the word of God, and the shield of faith. And I’ve come to the battleground covered in the blood of Jesus to proclaim victory over sin.”

Da’Naia also said her wardrobe was selected specifically to engage in a form of “spiritual warfare” against the enemy.

“This is spiritual warfare and if you are not prepared and you do [not] know what to do, you will drown and you will be a casualty in this war,” Jackson continued. “I did not come here to play games and to play dress-up. I came here in my battle suit. I came here on the battleground covered in the blood of Jesus.”

Listen to Jackson’s testimony in full on the next page: