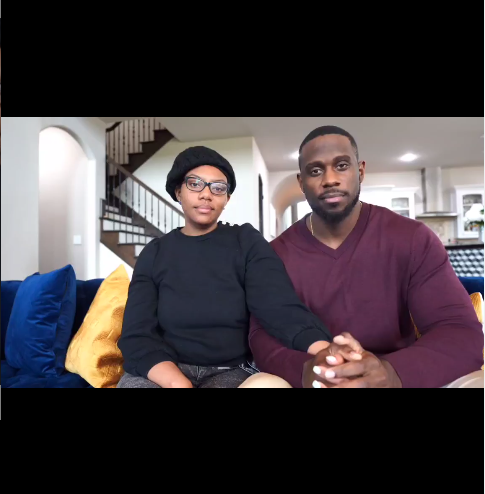 Relationship expert Derrick Jaxn has admitted in a new video that he cheated on his wife, one day after vigorously denying the claims.

The marriage guru and author revealed on Monday afternoon, March 22, 2021, that he’s had extramarital affairs with female acquaintance Candice De Medeiros and other women in a new Instagram post for his 1.5 million followers.

“Derrick Jaxn was involved with other women outside the marriage,” he said in the third person. “I’m talking about as serious as sex to sexual flirtation and meeting up and that kind of thing.”

Jaxson added that his regretful actions were not “in alignment with the vows that I took.”

The author of nine relationship and self-help books showed contrition in the IG video as he held his wife Da’Naia’s hand. He denied his wife had anything to do with him falling into the arms of another woman and said he is not a victim.

Da’Naia Jaxn explained why she initially left him then reversed course on their relationship.

“There is no justification for bringing other women into our marriage on any level. And it was unacceptable, and it’s not something that I tolerate or that we tolerate moving forward,” Da’Naia Jaxn said. She then said she decided to return to her husband once she discerned a difference in his attitude.

While they are undergoing counseling, despite many people’s pleas for her to leave her husband, Da’Naia Jaxn said she is at peace with her decision to stay married.

Check out the video on the next page, along with the Twitter posts clowning him for living a double life.