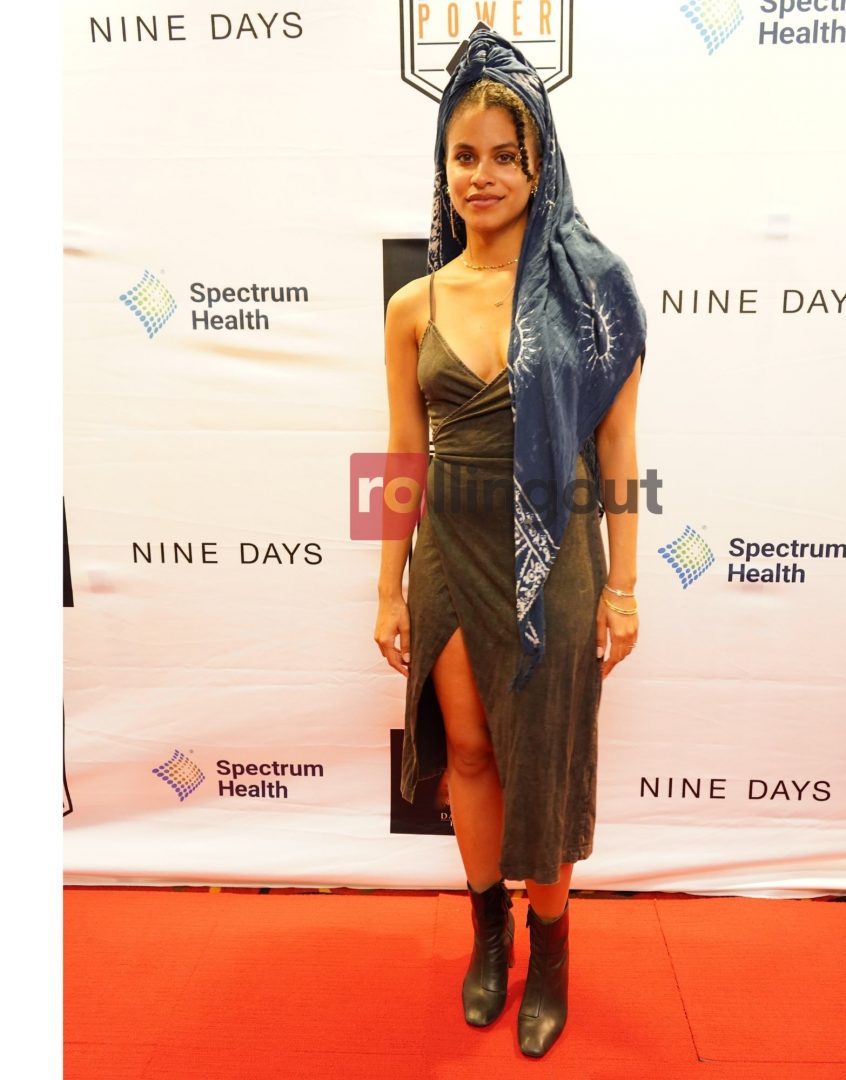 Since earning an Emmy Award nomination for Outstanding Supporting Actress for her role in the wildly popular comedy series, “Atlanta,” Zazie Olivia Beetz has continued to blossom into the multitalented thespian she always knew she could be. Even amid a global-crippling pandemic, the German-American beauty continued to work at a dizzying pace. Among the seven movies and three television shows she completed between 2019 and now, Beetz turned in a sparkling performance in the Sundance Film Festival award-winning Nine Days, which recently premiered in the familiar environs of — Atlanta.

Beetz arrived at the premiere looking every bit the star and fully prepared to discuss a role that challenged her like no other.

“It’s the first time I’ve played somebody who didn’t have a past to inform their decisions now,” she explained to rolling out on the AMC Phipps Plaza red carpet. “It was interesting for me to explore, particularly for my character, Emma. She’s a very curious person. I likened it to a baby, and how they receive the world and continue to wonder and view things that we, as adults, have begun to see as mundane.”

While the film offers up dramatic samplings that cover a gamut of emotions, its focus on mental health is timely, given the number of Black women who’ve recently resisted the pressures that come with success. Beetz was gracious enough to discuss her own mental health journey with us, while directly addressing issues our community has yet to overcome.

What type of preparation did you do to ensure you fully embodied this role?

I think it’s an interesting role. These characters have no backstory, they are these embodiments of souls that appear out of the ether and all inhabit varying archetypes of personalities. … Even if it’s painful [or] joyful, in any capacity, it’s all new and interesting and stimulating. I really tried to stay in that mindset while I was prepping.

So in comparison to some of your other roles in Deadpool 2, and even in “Atlanta,” how do you feel playing this character was different?

This character is very different in terms of her motivation. Her only goal is to be here in the present. All the other characters [in Nine Days] even have this goal of wanting to live and be selected to be born. Emma really wants to just experience what she’s offered right now — including Will, [who] Winston Duke plays, where [he is] in his existence. I think that’s why [my] and Winston’s characters have such a great connection. I’m meeting him where [he is]. [Emma] has no other interest beyond that. Every other role I’ve played all have these other goals, or underlying ideas and plans. Emma’s a very pure being who’s just like, “I’m here. Give me what’s here.” 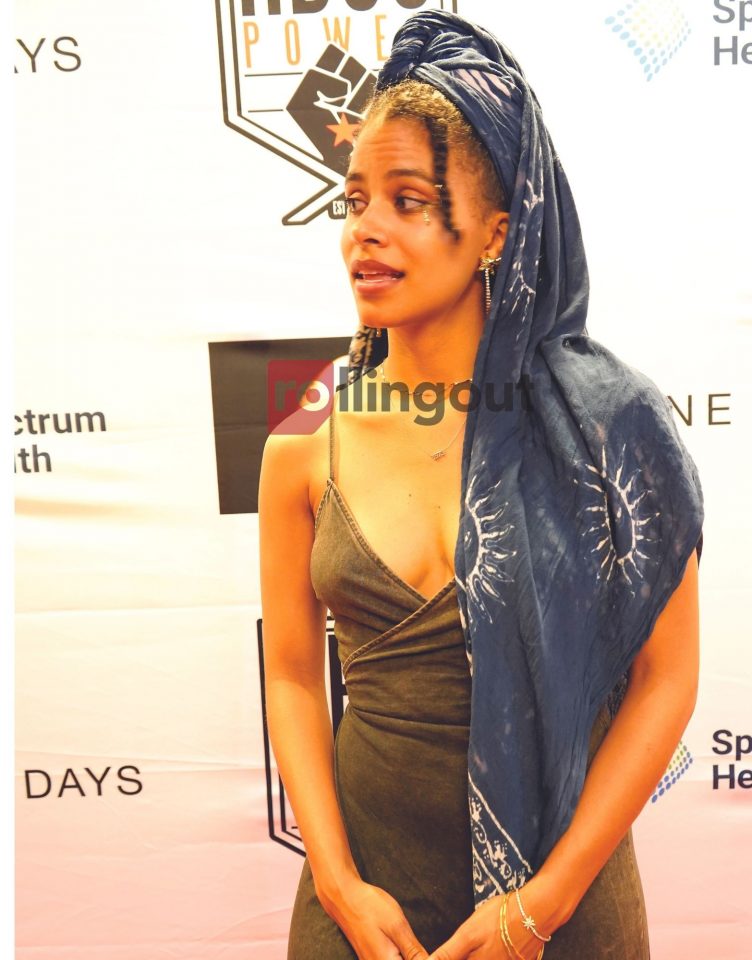 What do you think is the importance of not only viewing this film but having a panel for mental health?

I’m very drawn to conversations around mental health based on my own experiences. I just really want people to realize that they are truly not alone. Mental health in Black communities is [particularly] important to talk about. Culturally, in the past, our communities haven’t been able to have so much of a conversation around that, largely due to the fact that much of our history has been linked with just survival. We are now able to begin carving out space for self-care and health. I think it’s important that we begin this conversation for women and also for men. There’s so much pressure to be strong and resilient, you can be those things while also struggling and existing in vulnerability.

If you had to sum up two or three things that you think the Black community should be doing to further the growth of our mental health, what would those three things be?

Creating as much support as we can for institutions that train mental [health practitioners]; we need Black mental health professionals. I think a lot of people across the board generally feel comfortable with people who mirror them in identity and background. We need to destigmatize what it is to have depression and anxiety. That doesn’t signify weakness, but I would say it rather signifies strength. We need to vocalize that experiencing these things is not weak[ness]. We need to learn tools and teach tools in spaces that are safe for the Black community, where they can also express the things that are specific to being Black and feel like they’re being heard. So [finally], I would say creating spaces.