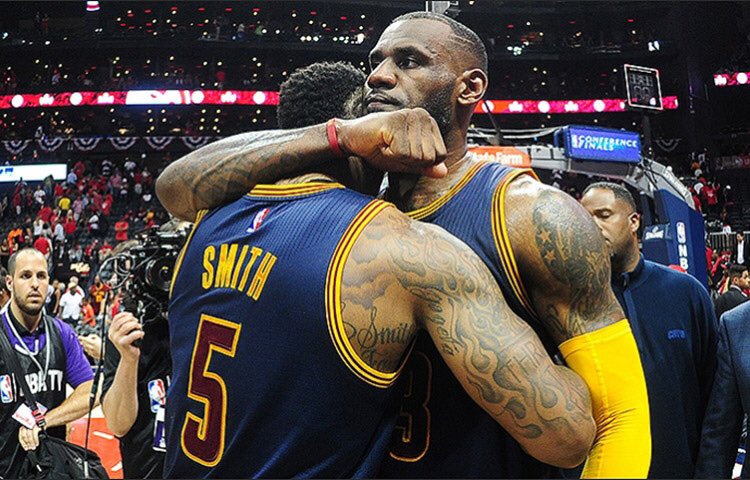 Despite the fact that LeBron James and the Cleveland Cavaliers were the overwhelming favorites to win the Eastern Conference Championship, no one could have foresaw the beatdown they would put on the No. 1 seed in the East, the Boston Celtics, in the first two games of the series.

Most fans, even seasoned sports pundits, dismissed the Cavs’ blowout win over the Celtics in game 1 (117-104 after being up by as many as 28 points) as being the result of the Cavs being a well-rested squad; they swept the inferior Toronto Raptors 4-games-to-0 going against the Celtic team that had just survived a Game 7 thriller against the up-and-coming Washington Wizards and were subsequently worn down.

When James said he was not feeling well and that the Cavs could have played even better, few people believed him. We should have listened to him.

Game 2 was a pummeling of epic proportions as the Cavs destroyed the Celtics 130-86. The Cavs put on a clinic against the Celtics, crushing their spirits with sharp defensive execution matched only by their offensive onslaught.

By the time J.R. Smith unfurled his whirling turnaround jump shot to beat the halftime buzzer that put the Cavs up 72-31, the Cavs held a staggering 41-point advantage. The 41-point bulge through two quarters accounted for the largest halftime lead in NBA postseason history. And the final score was the worst hometown beating the Celtics have ever incurred in their storied history.

As a result of the shocking outcome, Twitter lit up with some rather imaginable memes and tweets to summarize the lopsided game. Take a look:

Lebron going into the Cavs locker room at halftime leading by 42 pic.twitter.com/NOFSpQ8IJf