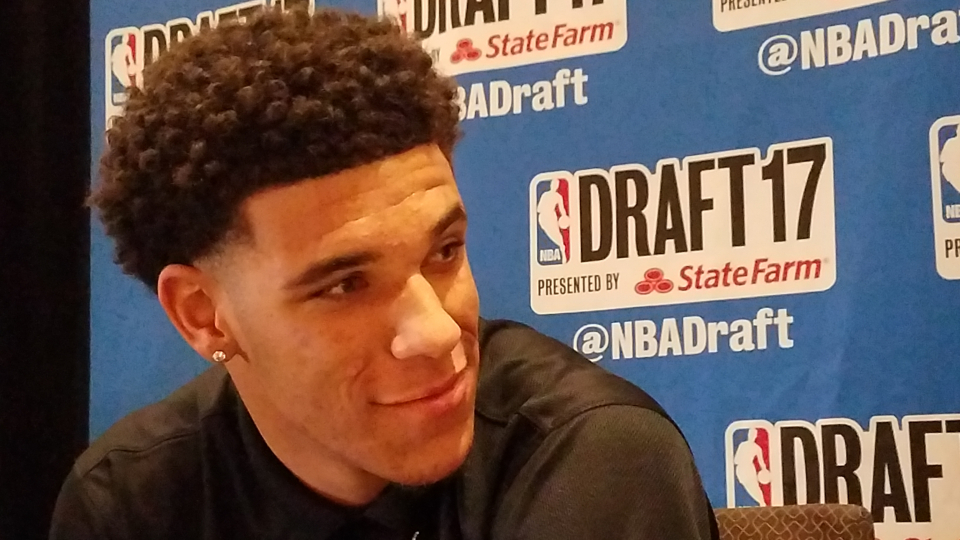 Los Angeles Lakers guard Lonzo Ball has transformed from a top prospect to Lavar’s son to one of the NBA’s biggest stars in just six summer league games. After shooting 2-for-15 in his summer league debut, he’s almost averaged a triple-double in every game after. His impact on the game is undeniable. In the Las Vegas summer league semifinal against the Dallas Mavericks, the Lakers had a lead as large as 26 with Lonzo on the court. After Lonzo came up with an apparent calf injury in the third quarter, the Los Angeles lead squandered all the way down to one late in the fourth quarter.

The hype and excitement to watch Lonzo play is the perfect storm: the fact that his brothers are good at basketball, too, the fact that Lonzo’s a pass first star in 2017 and the fact that his dad is the biggest media attraction in sports this year. Putting Lonzo’s debut shoe on the market for $500 caused so much buzz that the country paid attention to Lonzo’s game-to-game footwear decisions. WNBA superstar Elena Della Donne offered her opinion before Lonzo’s highly anticipated debut:

How great would it be if @ZO2_ blew out his shoe in his first summer league game? should have gone with @Nike

The first two games he wore his own ZO2s. Then he wore a pair of Kobe Nikes, James Harden’s Addidas and Steph Curry’s Under Armour. In that order. This fact could be repeated immediately from memory because his fashion choices on the court received an overwhelming amount of coverage. “SportsCenter” created a chart of how he’s played in games wearing his shoes and wearing shoes from other brands. Every post game interview he had wearing other company’s shoes, someone asked about his choice.

Then, in one interview, he hinted at the plan the entire time:

No NBA player has ever had so much buzz about the shoes they wore during a game on a nightly basis like Lonzo has. Curry made news after the internet roasted his Curry 3s. Sneakerheads have been excited for the release of Kevin Durant, Paul George, and Kyrie Irving’s shoes in recent years. But no player has eclipsed the attention of Lonzo in a two-week summer league span.

Lonzo said that he’s now open to bidding with the major companies like Under Armour, Nike and Addidas again. Who wouldn’t want to partner with this never before seen hype machine now? A couple of months later and maybe, just maybe, we’ll get to see the motive behind Lavar’s methods, after all.