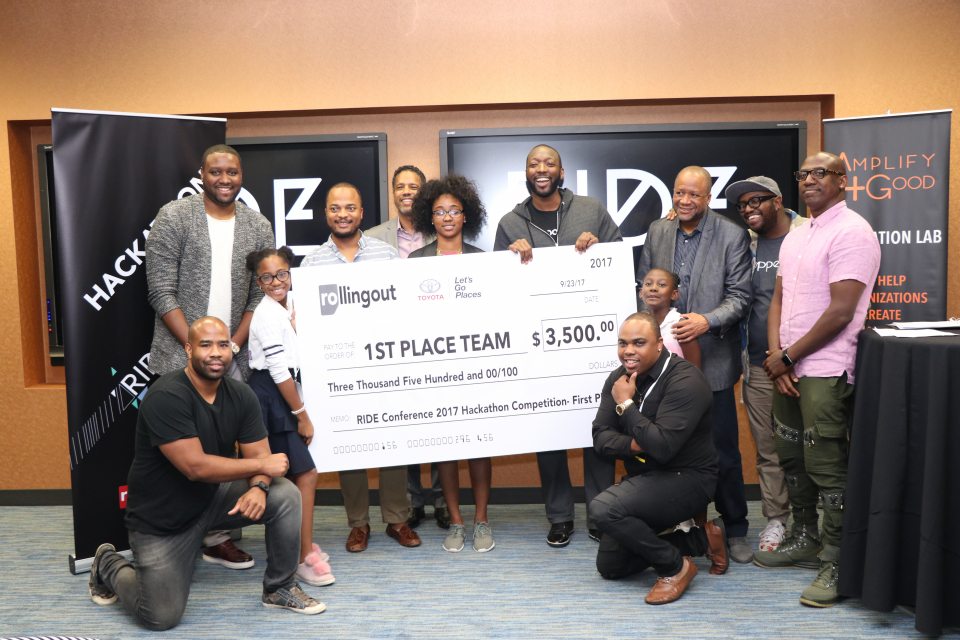 Rolling out and Amplify 4 Good teamed up for the inaugural RIDE Conference hack, a fun and intensive 48-hour-hackathon where teams built applications with the goal of enabling more people to become citizen entertainment journalists by leveraging rolling out‘s assets. Held at the Loudermilk Conference Center in downtown Atlanta, designers and developers formed teams of five or six hackers and worked with industry experts to bring their innovative concepts and strategies to life.

The hackathon began with networking, opening remarks and a challenge overview on Friday evening. Seven teams of hackers worked until midnight on their demos for the pitch competition Saturday night. Each team would compete for the chance to win $3,500 and partner with rolling out moving forward.

After checking in Saturday morning, the teams facilitated breakout sessions over breakfast. Each team met with mentors and enjoyed lunch before the pitch competition and demos began at 8 p.m.

“It’s been great networking with different people at the conference with different backgrounds. The experience really brought the best out of all of us,” hackathon participant Mark Thomas said. Thomas’ team was comprised of two people he met prior to the conference and two he met at the conference. The five joined forces after realizing they all shared a similar vision on how to address the challenge of creating more citizen journalists on rolling out‘s platform.

The hackers presented their pitches and demos to a panel of esteemed judges including Steve Canal, Adrian Franks, Craig King and the COO of Steed Media and rolling out, Randy Fling.

The winning team, developers of the Roleo application, won $3,500. The second place team, rolling in, went home with $1,500.

Visit ride.rollingout.com and look out for next year’s conference dates and details.