Ryan Leslie makes no bones about it. He loved his time as a student at Harvard University. Having graduated the Ivy League university at 19 with honors, he knew he wanted to be an entrepreneur. Working for himself has always been his preference.

“I was also a hustler at Harvard when I was there. I did whatever job I could, starting with cleaning toilets as part of the dorm crew, and finally realizing that I preferred to work for myself. All the guys who were going to social events would come [to me] to get their hair cut. My [barbering] customers were also a focus group. While they were waiting to get their haircuts, I would play songs or music that I was working on,” says Leslie, who obviously always has next money moves on his mind. The pursuit of music is what drove him. It was to his benefit because he’s worked with P. Diddy, Beyoncé, Britney Spears, Snoop Dogg, Usher and Fabolous, to name a few.

Leslie, who publicizes his personal email address and cellphone number, believes mobile numbers are the most powerful social handles each of us possess. “Mobile devices revolutionized the human experience in general,” he says.

The founder and CEO of startup Disruptive Multimedia, the maker of SuperPhone, Leslie has disrupted the music space that is arguably the most engaging tool for artists, even trumping social sites.

He avers in an interview with Google, “I felt disconnected from Facebook, LinkedIn, Instagram, Twitter, MySpace, YouTube, Google+ friends and followers. I watched the numbers grow and engagement shrink. I thought of the idea that the most powerful social handle is your cellphone because it gives you the ability to communicate directly, outside of all the noise of all the platforms.”

SuperPhone is not a tool exclusive to artists, though. Writers, marketers, entrepreneurs, etcetera, can connect with their friends, followers, or fans directly, independently and in a completely new way.

It’s a genius idea, but who expects anything less from a young Black male who made a perfect score on his SAT at age 14 and entered Harvard University at age 15, where he performed with the Harvard Krokodiloes, aka the Kroks, Harvard University’s oldest a cappella singing group. And, where he earned a degree in government, concentrating in political science and macroeconomics.

Name-dropping Harvard in conversations, while important and impressive, isn’t enough for Leslie. His daily pursuit is “to create the best art and creative media that I can create, whether that be through music, film, documentary film, whatever means of expression.”

Leslie is a self-taught music producer and writer. He learned early in his music career that he needed to find a niche. While listening to 50 Cent’s Dr. Dré-produced “In Da Club,” as Leslie puts it, “I remember saying, ‘Man, this beat is so ill.’ The way Dr. Dre layered these drums is so luscious. It’s when I really dug in and found that simple thing that people could sing along to. I put eight songs on a CD and said these are the songs that are going to change my life if I meet the right person. In February 2003, I got an internship with a producer named Younglord. He was working with Puff. He listened to those songs and the songs made it back to Puffy. One of those songs was ‘Hot Tonight.’ Puffy had just signed New Edition. What a song. It was a game changer for me.”

It proved Leslie’s theory: you’re always as close to success as the resources and relationships to which you have access. It was a lesson he learned earlier when someone offered him a garage to live in that didn’t even have a bathroom. There he was, a homeless Harvard grad who eventually moved back home with his parents. His father used a $15K line of credit to buy his music equipment.

In 2005, Leslie was a part of the team that built the internet’s first pop star, Cassie. They grew her from zero to 650K friends on MySpace. He learned they weren’t really her “friends.”

“The social connections that were made across MySpace, YouTube, Facebook, Instagram, LinkedIn, those connections are actually very weak. The beauty of a real conversation, an active conversation is really powerful,” he reminds. “We’re just passively following, connecting or being friends on [social sites].”

He’s behind Cassie’s No. 1 R&B single, “Me&U,” that also reached number three on the Billboard Hot 100. He founded his NextSelection boutique label after signing to Casablanca via Universal Motown as a recording artist. He released a self-titled album in February 2009 and Transition that following November, which was inspired by a summer romance. Both peaked in the Top Ten of Billboard’s Hot R&B/Hip-Hop Albums chart. In 2012, he released his third album, Les Is More, and Black Mozart is his fourth album.

In a recent YouTube webisode “The Barbershop with Ryan Leslie,” Leslie, who cuts his own hair, allows barber Ricky (Baxter of California) to clean him up. He shared with him his goal to inspire young entrepreneurs and he also mentioned how he missed the collaborative energy that could be realized in music studios like Hit Factory, Chung King and Sony Music Studios that are now closed. The only places really left are Swizz Beatz and Alicia Keys’ Jungle City and Engine Room.

Leslie attended Code Academy to learn the basics to interact with API so he could do three basic things with SuperPhone. One, respond to fans with an auto-response text which creates a link that pre-populates a request for fans’ phone numbers and contact information. Two, to be smart and know more about contacts. Three, set up an e-commerce platform for fans to purchase his album, video chat, text exchanges and have one-to-one conversations. When he did a survey, he learned nine of 10 fans added his information to their phone. One of two bought his album. Of the people who made purchases, 100 received a thank-you text.

At the time he founded SuperPhone, there was no API for Google Voice and it couldn’t run auto responses. It was very challenging to send simple responses, establish real relationships with people who supported him as well as know if they even purchased his albums.

“This [SuperPhone] is a powerful tool for independent artists. It’s scalable and they can have a deeper relationship and higher conversions on engagement,” he says. “One unscalable resource we have is time. It’s always running out.”

How will the next wave of billionaires be made?

“It’s about ownership. People feel like ownership is a distant dream because it requires capital or a network. What I have found in today’s time, we have free platforms that give us the ability to have a megaphone. Even in leveraging those free platforms, we deprive ourselves of ownership. The reason I built SuperPhone is because we built Cassie on MySpace, [but] when everyone migrated away, we didn’t have ownership of that audience. I watched influencers grow their audience on Vine and then when Vine as a platform disappears, they don’t have ownership of the audience. Every single startup founder that I know, people who have actually built multibillion-dollar business enterprises in a shorter time than the largest brands in the world like Levi’s, the differentiator is that they have ownership of their data. That now is the paradigm on which new billionaires will be built. Most brands that we work with don’t know who actually buys their product. They don’t know who their customer is at Target, Walmart, Walgreens. Most startup founders would die to have the amount of inbound interests in their companies as a hip-hop artist does. The key paradigm shift I believe is the ownership of data.”

How did he manage to get the support of rock star, hip-hop aficionado VC Ben Horowitz?

“When I got off the plane in Silicon Valley, I had a proven case study for the solution that I built.

He closes, “An active communication channel, an active conversation is the true measure on a real connection. With SuperPhone, we are working to have as many conversations as we want to and have a record and context of our communication. This is the first time in history where a communication protocol allows us to have this sense of closeness at scale. Previous to texting and messaging, it was a phone call or in person. We know those are unscalable because we have limited time.” 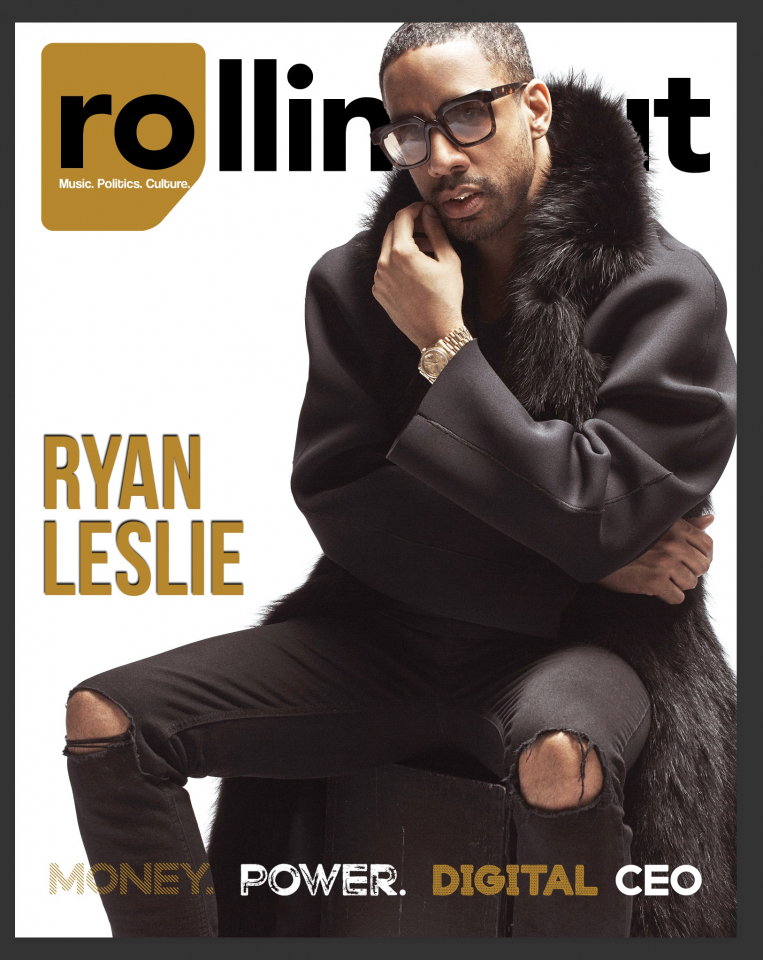 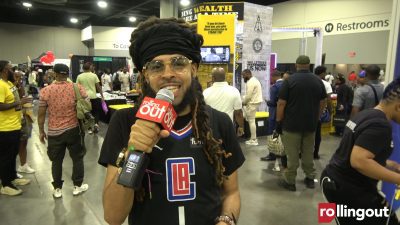 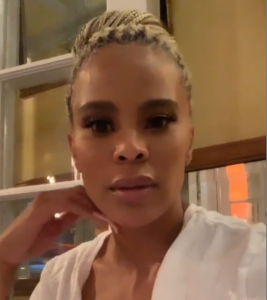 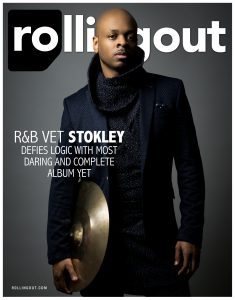 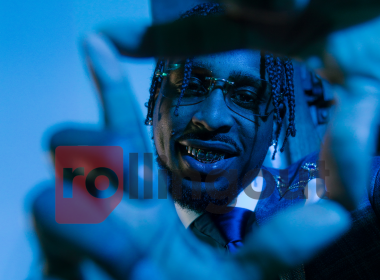 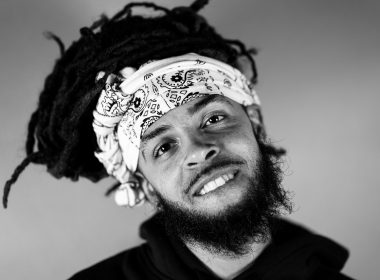