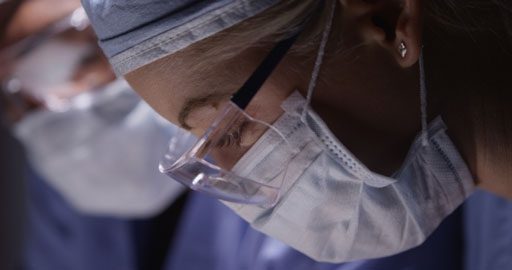 The trading of human bodies for profit has been a conspiracy theory that many people just did not want to believe because of its morbid nature. The late comedian Dick Gregory tried to wake up people to this practice and not everyone believed him when he said that the bodies of healthy young Black men and women were being sold after they died. Now it has been confirmed once again that the trade in body parts is a multimillion-dollar industry with very little regulation.

According to a recent story by Reuters, it starts when a family makes a decision to donate the body of a loved one to medical science. Many times low-income families are promised free cremation services for the deceased once the body is used. However, what they do not realize is that a body is often dissected or chopped up and the different parts sold for specific circumstances. Heads, legs, torsos and major joints are separated and sold to medical schools and research labs for use. Sometimes these parts are not even sold, they are also rented and used repeatedly by businesses known as body brokers. These body brokers work along with unethical funeral homes to get the body parts needed and it occurs in big cities.

In 2015, FBI agents and investigators from the Centers for Disease Control raided two crematories operated by Cremation Services Inc., in a Chicago suburb, they found hundreds of body parts that were destined to be sold. The raid was part of a year-long national investigation that started in Detroit where thousands of body parts that were to be embalmed, instead were kept on ice to be allegedly sold to the Biological Resource Center. Investigators in hazmat suits removed body bags stuffed with human heads, limbs and other body parts that had been donated to the facility. In Michigan, Elizabeth Rathburn of Grosse Pointe has pleaded guilty to one count of wire fraud in a U.S. District Court as part of an ongoing investigation and criminal case. Rathburn and her husband, Arthur Rathburn, operated International Biological Inc., known as IBI, and are being accused of selling and renting human remains that were infected with HIV, hepatitis and other diseases to unsuspecting medical and dental customers for research and training. According to the criminal complaint, the Rathburns would sell whole bodies on the black market for $5K, heads for $500 and arms for $750. Arthur Rathburn would use chainsaws and other cutting tools to dismember the bodies. Rathburn took no care with the body parts and a freezer was found stuffed full of heads with no separating packaging. The trade in body parts is unregulated by the government.