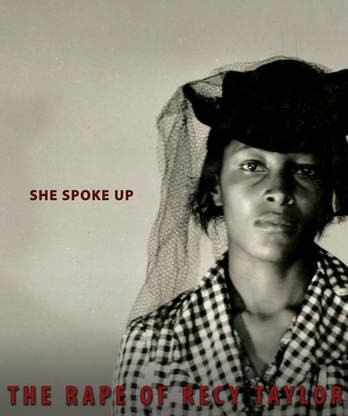 One fall Sunday night after church, in Abbeville, Alabama, Recy Taylor was abducted and brutally raped by seven white men. Despite the fact that these men confessed to the crime, Taylor never saw justice.

Taylor’s rape was not unique; this was a common crime during the Jim Crow era. Almost a “sport” of some sort, Black women were actually hunted. Men would scour Black communities in search of their victims. To make matters worse, they would threaten the women as well as their families with death if they told anyone. In many cases, the identity of the rapists was never a secret.

The rape of Recy Taylor is a very painful story. It is one of many horror stories that have been chronicled during an era when the voice of a Black person — let a lone a woman — was often silenced. For over 74 years, Taylor’s saga was silenced, omitted from the history books. For many, Taylor became known after Oprah Winfrey’s #MeToo speech at the 2018 Golden Globes, shortly after Taylor’s death at age 97.

Taylor’s story is now featured in a documentary directed by Nancy Buirski. After reading, At the Dark End of the Street: Black Women, Rape and Resistance — A New History of the Civil Rights Movement from Rosa Parks to the Rise of Black Power by Danielle L. McGuire, Buirski was compelled to document Taylor’s story.

In an effort to commemorate Black History and Culture Day, Ujamaa Place in partnership with the University of St.Thomas will honor the courage and strength of Taylor by screening The Rape of Recy Taylor on March 24, 3 p.m., at the O’Shaughnessy Education Center (2115 Summit Av., St. Paul). Following the screening there will be a panel discussion of Taylor’s human rights advocacy and the role of media in social justice.