First lady Melania Trump is getting tremendous blowback after wearing a jacket displaying the words “I Really Don’t Care, Do U?” to one of the border detention centers, where children are being held who have been snatched away from their families.

Multiple celebrities stormed social media on Thursday to blast Melania Trump for the now infamous jacket she donned before boarding a flight to the Texas holding facility. 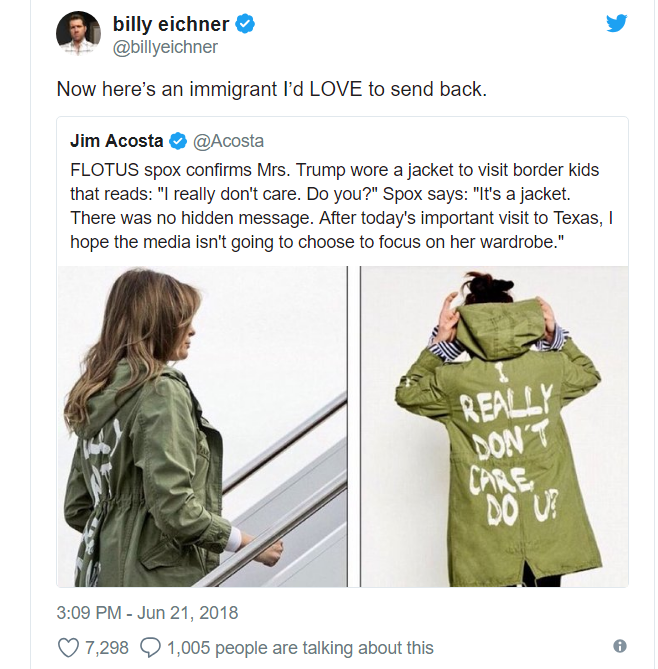 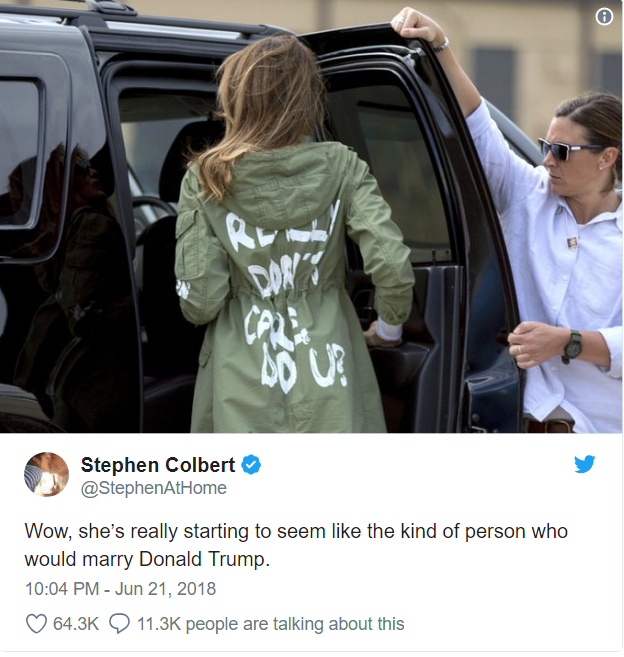 According to The New York Times, the army-green, anorak-style jacket came from Spain-based fashion retailer Zara and costs $39.

The avalanche of outrage was so intense, it forced Trump’s spokeswoman, Stephanie Grisham, to scramble to release this message for arch-conservative media outlet Fox News: “It’s a jacket. There was no hidden message. After today’s important visit to Texas, I hope the media isn’t going to choose to focus on her wardrobe.”

Even Melania Trump’s husband, Donald Trump, tried to shield his wife from the fallout with this dubious explanation about the timing of the jacket.

The Donald’s questionable rationale made some celebs believe that this was a meticulously orchestrated subterfuge designed to deflect the nation’s attention away from his inhumanity and the unimaginable suffering of the children ripped from their families at the U.S.-Mexico border. 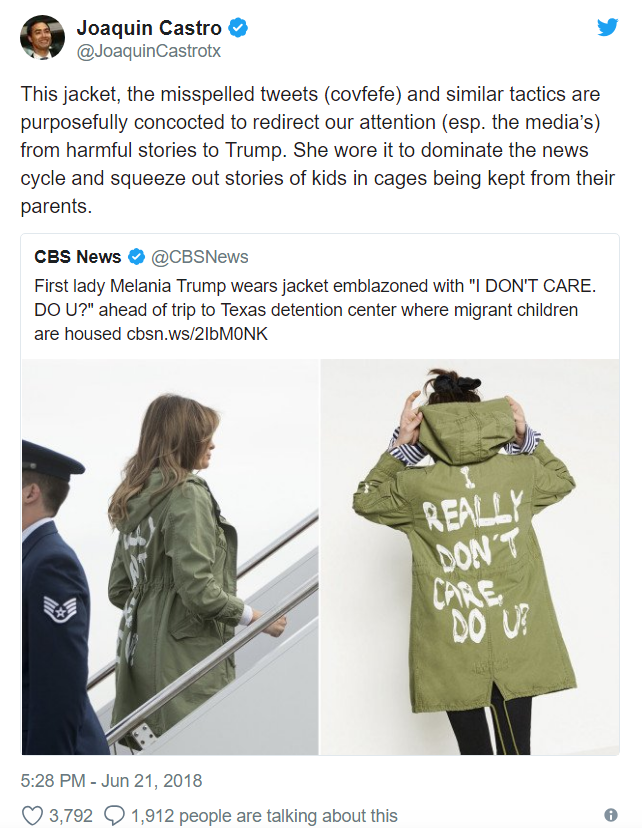 A slew of other celebrities took to Twitter to pummel the first lady’s outfit choice.

“1. So she didn’t even need a jacket. 2. Let’s assume she needed a jacket.. a woman with a vast wardrobe and access to a stylist had other jacket options to choose from. She knew what she was doing. F— Melanie,” comedian Kathy Griffin tweeted.

“The hypocrisy of the first lady of the United States going down to the border to speak broken English to our refugees in that dumb jacket is a little hard to swallow. For all the Trump supporters who defend her by saying she speaks five languages – English isn’t one of them,” liberal star Chelsea Handler tweeted.

“It’s endless with these morons,” “Veep” star Julia Louis-Dreyfus wrote about the jacket.

Actress Zendaya posted a gif of a woman shaking her head along with a link to an article about the coat. 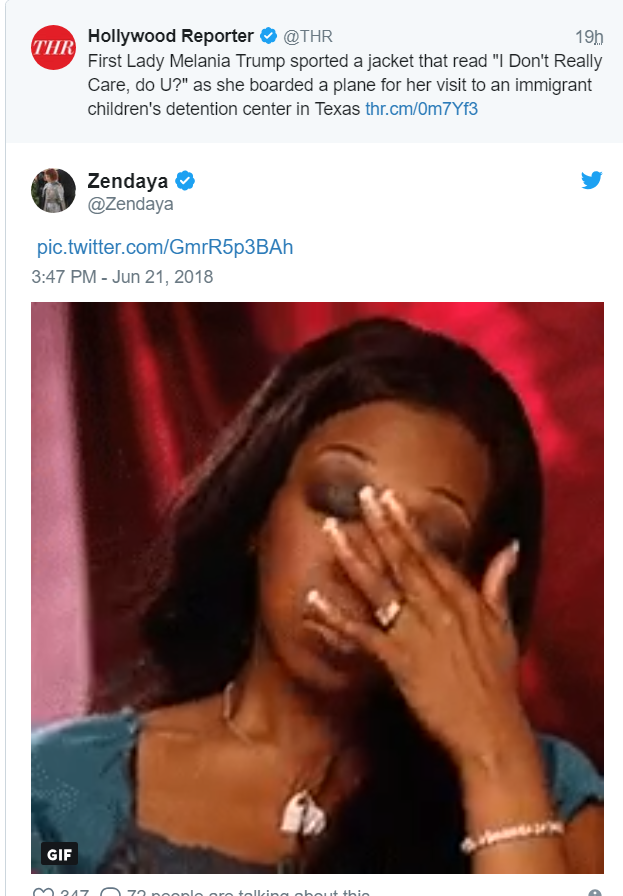 “Melania in her ‘I don’t care jacket’ just ‘happened’ to show up unannounced to doctors, social workers & medical staff. Were they the same staff who locked crying toddlers in cages!? The same staff who made them sleep on floors with tinfoil blankets!?” singer Cher tweeted.

“Nothing comforts a federally-abducted refugee child like a photo op with a Slovenian model wearing a coat that says she doesn’t give two c—s about your misery,” comedian Jim Carrey wrote along with an image he drew of Trump with a crying child.