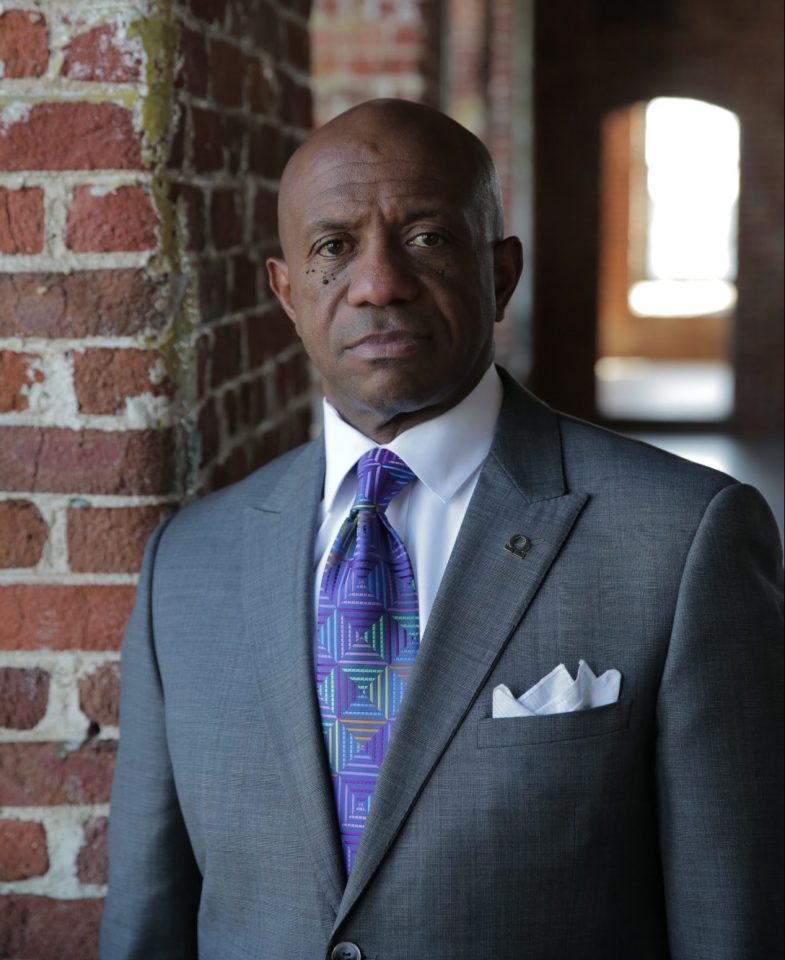 The law was something that Garry McFadden always believed in. A principled devotion to order, coupled with a desire to protect the defenseless, eventually led McFadden to a career in law enforcement. As the sole Black detective on the Charlotte police force in the early ’90s, McFadden would come face-to-face with a startling case, which at the time seemed unthinkable.

He caught a Black serial killer.

The tale of Henry Louis Wallace and the 10 women murdered at his hand, not only rocked the Charlotte community but also forced the FBI to redefine the profile parameters that were originally set for serial killers. This landmark case is now the focus of a chilling documentary, Bad Henry, currently being featured on Investigation Discovery.

McFadden, now serving as the sheriff of Mecklenburg County, took some time out of his busy law enforcement schedule to grant this exclusive interview to rolling out.

What was the Charlotte community like in the 1990s when these murders were happening?

Do you remember the movie New Jack City?

That is what Charlotte was like. That was the era of America. We had about 25 “Pookies,” and we had the Jamaicans actually running the Carter, and it was actually called the Carter from New Jack City. They were always dressed in all white, so when we were looking for suspects, the description was always the same. Young kids were also doing crimes called “wildin’ out,” where they were beating people up and doing all kinds of stealing. That was Charlotte.

With all of the crime happening in Charlotte, did you initially know that all of the murders were connected and that you had a serial killer on your hands?

No, we had no idea. We had 125-plus murders, and we only had six to eight detectives working murders. Why? Because this was the start of the “War on Drugs,” and that’s what America was concerned with at the time — arresting drug dealers. No one cared about murders. So we were never able to connect these murders together. We thought it may have been a love triangle because two of the girls worked at the same fast-food restaurant. But when the third murder appeared, we connected it to Henry Wallace after we found a thumbprint on the car. When he came in, he actually gave us the additional murders that we did not know he committed. One of the murders was ruled a fire accident. So imagine going back to the family one to two years later and having to tell them that their daughter’s death wasn’t actually an accident, but a murder.

What was it like in the interrogation room when he surprisingly started to reveal the others murders?

Well, imagine feeling like you’ve got a guy going well, and you know you’re going to charge him with three murders. You feel good, and your chest is poked out. He sees you getting hyped because you think you got him, so he asks for a sheet of paper and started writing names down. The last one he put a question mark because he didn’t know the young lady’s name.

What type of person was he to be able to get away with so many murders?

He was the kind of guy that was a brother to all of these women. He knew them personally and was the kind of guy these women would confide in when their boyfriend wasn’t acting right or whatever else was happening in their life. He would try to pursue women who were in distress, but if they ever rejected him or laughed his advances off, he would feel like he had to get them back later by killing them.

Was that unusual for a serial killer to be personally connected to that many victims?

Yes, absolutely. If you read all the profile books, the FBI profiles will tell you that these are people who usually live with their mom, are 30 years old and unemployed. But none of that fit the criteria for this man. I don’t think you could find a serial killer that knew and killed 95 percent of their victims.

Was it a relief for the community when Henry Wallace was finally convicted?

Well, the community always wanted to blame somebody else for the murders, so they blamed me. They believed that I allowed this to happen and that I didn’t solve the case fast enough. So it was a very volatile situation for years. They just didn’t understand how this man had manipulated these women. He was so good at being able to manipulate women that even the jail nurse fell in love with him. She married him before he went to trial. It’s not like she didn’t know he killed all these women … she did this while he was in jail. That’s how good he was, where he could be in jail for multiple murders and still get someone to fall in love with him.

At what point did the tension surrounding this case begin to subside in the city?

Never, … or I would say 2011. There was so much tension between the victims’ families and us because they believed we let them down. In 2011, there was an organization called MOMO, Mothers of Murdered Offspring, that honored every one of us because they realized we were thrown under the bus by the city and that we were used as scapegoats.

What do you think our readers can gain from watching this Bad Henry documentary?

I want them to gain that most murders can be solved in America, but we need your help. We have this unbelievable code in most of the communities called the “no snitching.” I would love for us to end that and have everyone get the understanding that, if we want to change America and we want to change the violence, then we have to work with law enforcement. By that same token, law enforcement also has to work with the community. Let’s create true, meaningful relationships with law enforcement, and I guarantee we would solve more cases.

To watch the Bad Henry documentary, you can access it OnDemand, or with the Investigation Discovery app, or at www.investigationdiscovery.com