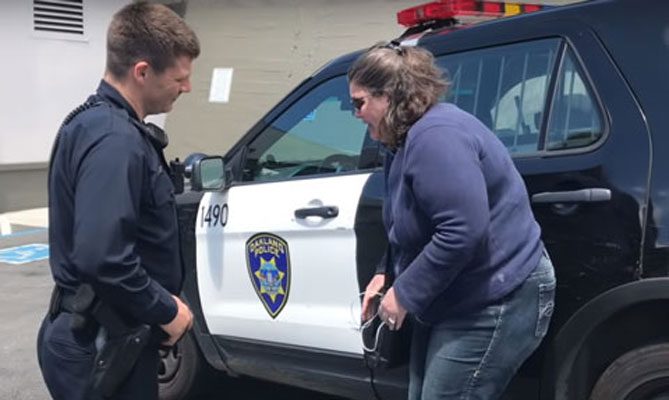 At the beginning of spring when the season of racism began, the first racist flower to bloom was that of Jennifer Schulte aka BBQ Becky, who called the police on a group of peaceful Black people having a barbeque at Lake Merritt Park in Oakland, California.

As a result, she went down in infamy as video captured her shedding salty tears of White privilege. Now, police have released audio of the 911 call of the encounter that is equally shocking, revealing and hilarious. Schulte sounds like a certified lunatic as the 911 operator repeatedly asks her for more information and even if she has ever been a patient at a local mental hospital.

BBQ Becky goes through various emotions on the phone as she summons tears and feigns fear and outrage.

Below is the audio of her encounter released by the Oakland Police Department: