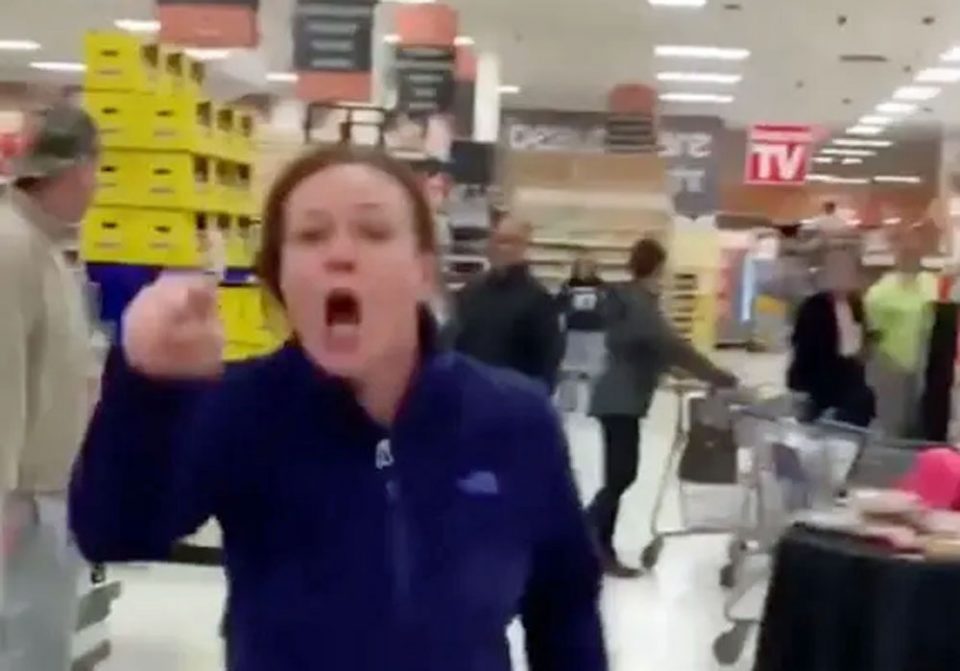 Things just got a little worse for Corinne Terrone, after a racist rant against a Black man at a grocery store was caught on video. It was bad enough that she let the n-word flow from her lips along with gobs of spit directed at her victim, while in the presence of her young daughters. But now the 911 tapes of Corinne calling the East Haven Police department have been released.

The audio shows that Terrone has a deep hatred in her heart for people of color, combined with a dose of White privilege. During the call, Terrone manages to insult not only Black people but also the very officers and dispatchers she is talking with on the phone.

Her racist rants and behavior were so bad that according to WTNH-News, Terrone was taken into custody by New Haven police for an involuntary mental evaluation on Monday, March 18, 2019. In addition, school administrators at Hamden High School, where she worked, activated a counseling crisis team to help students deal with the racism in their midst. Walter Morton IV, a member of the Hamden School Board, stated to media  “The school made available all their resources and support services.”

The audio can be heard below and it is NSFW: