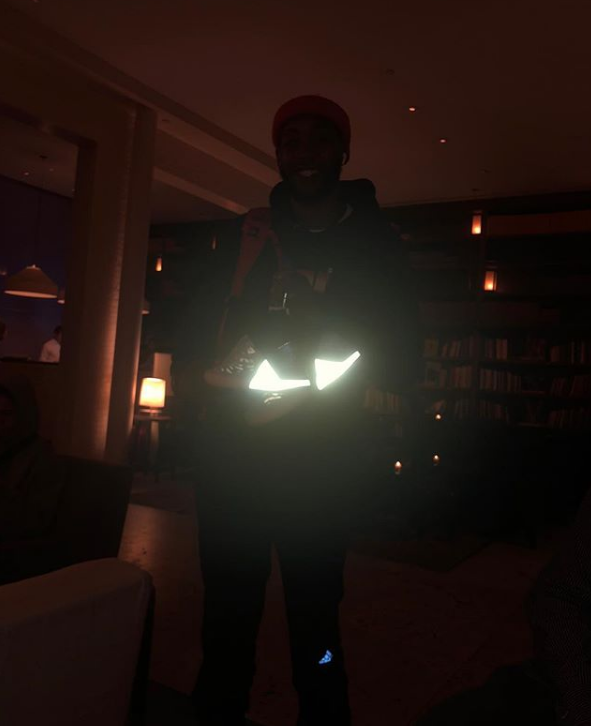 Kanye West has unveiled his first-ever designer athletic shoes, and he hopes his Adidas line of sneakers will garner national attention and even get mad marketing through the NBA. But the fact that the heels of the shoes “glow in the dark” is very problematic, the media has indicated.

The “Gold Digger” rapper and Adidas athletes are trying to get the league to allow the star players to wear them during the games, which would mean millions of dollars in free marketing to consumers.

But sources close to the NBA New York headquarters informed ESPN that the league will ban the shoe due to its signature heels. To be specific, those reflective “3M” heel panels are reportedly “distracting for both in-arena spectators and television viewers.”

To be sure, the NBA has yet to review the shoes, but inside sources informed Sports Illustrated that they are already making preliminary judgements based on what Yeezy has shown via his Instagram accounts.

The same sources state that the shoes would probably not be banned based on overall design and look. Therefore, if West and his Adidas folks were to “redact” the beaming reflective design, then the NBA would probably allow players to sport the shoes.

The shoes have a high-top design in addition to the midsole silhouette and are being marketed at Ye’s “first-ever” basketball sneaker created by the designer. Per ESPN, normally ,sneaker brands and makers submit their designed shoes to the NBA by early August so that they can be worn during the first half of the NBA season.

Likewise, if they are aiming to have players wear their shoes after the All-Star game, which represents the second half of the season, shoes are required to be submitted by early December.

West has yet to respond to this reported setback to his shoe brand aspirations.