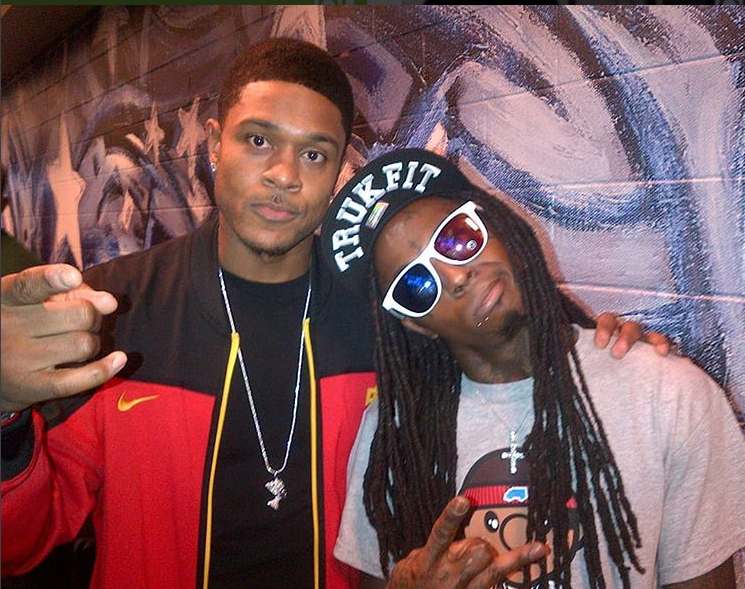 Pooch Hall, the former star of the hit BET show “The Game,” was arrested on Wednesday night for driving under the influence as well as felony child endangerment for letting his son drive the car.

According to the police report from the Los Angeles Sheriff’s Department, Hall allowed his 2-year-old son to drive his car because the “Ray Donovan” actor was too intoxicated to steer.

But that’s not where the drama ended for the man born Marion H. Hall Jr. in Brockton, Massachusetts.

Law enforcement sources told TMZ that Hall, 41, was driving in Burbank, California, a prosperous suburb of Los Angeles, around 7:30 p.m. when passersby called police after seeing the toddler in Hall’s lap, grasping the steering wheel.

Witnesses told law enforcement that they were “scared” as they watched the car smash into the back of a parked car. Fortunately for Hall, there were no reported injuries, mostly due to the low rate of speed the vehicle was traveling.

When authorities arrived on the crash scene, they told the entertainment publication that they detected a strong odor of alcohol on Hall. When he was asked to perform a field sobriety test, Hall could barely stand, much less hold himself up on one leg or walk heel to toe.

A witness told police the child was in the front seat crying. When the witness peered into the window he saw the car seat detached and the backseat littered with garbage.

Hall was immediately booked into the Los Angeles County Jail on $100K bail. After sobering up, Hall was released Thursday morning at 7:40 a.m., Pacific Standard Time.

The young son was placed in Hall’s wife’s custody.

Most urbanites remember Hall in his career-defining role as Derwin Davis from the BET scripted series “The Game.” Hall has a lower profile among urbanites these days, but his star value has been amplified on a mainstream level now that he plays Daryll on the blockbuster cable television series “Ray Donovan.”