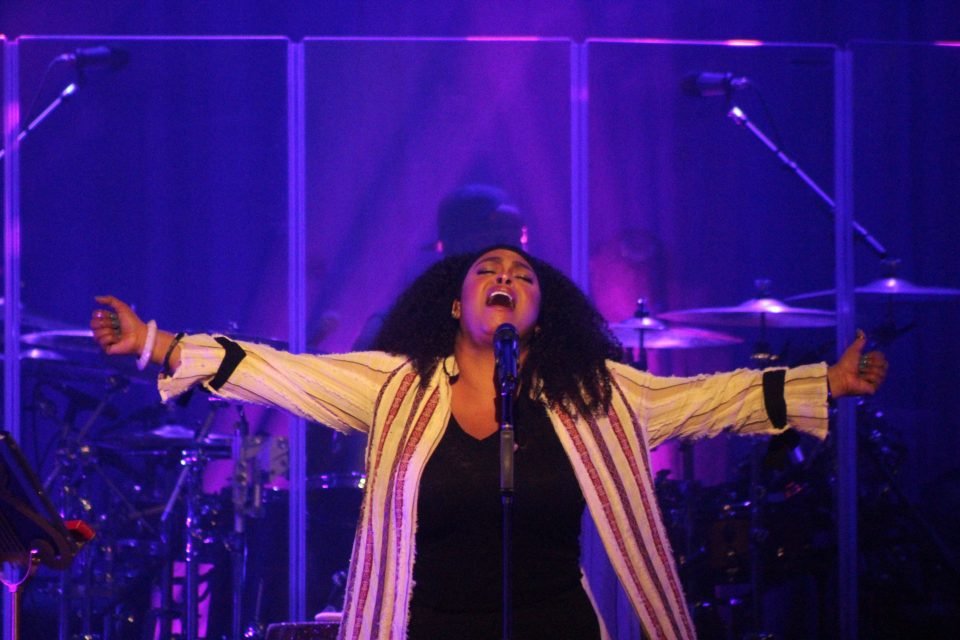 A video of singer Jill Scott simulating oral sex on a microphone during a concert went viral quickly. Some of her fans were upset by the singer’s action, while others had no issue with her sexy routine. Scott was a guest on the popular Joe Budden podcast and addressed the controversy and why she did it.

“It’s for different purposes each time. That time was about the things you want to do but you have to save them for the right person. Not everyone can get your A game, you know? It’s going to be a lot of feels, every show. This is what I do; I tell stories, I sing songs, I play music that invigorates, it sometimes stills people, sometimes I see them crying. It’s a range of emotions, you just have to be there,” she said during the interview.

Her interview can be viewed below:

On today’s podcast, a Queen was gracious enough to give us a brief moment of her time… i was shook. Lol #joebuddenpodcast