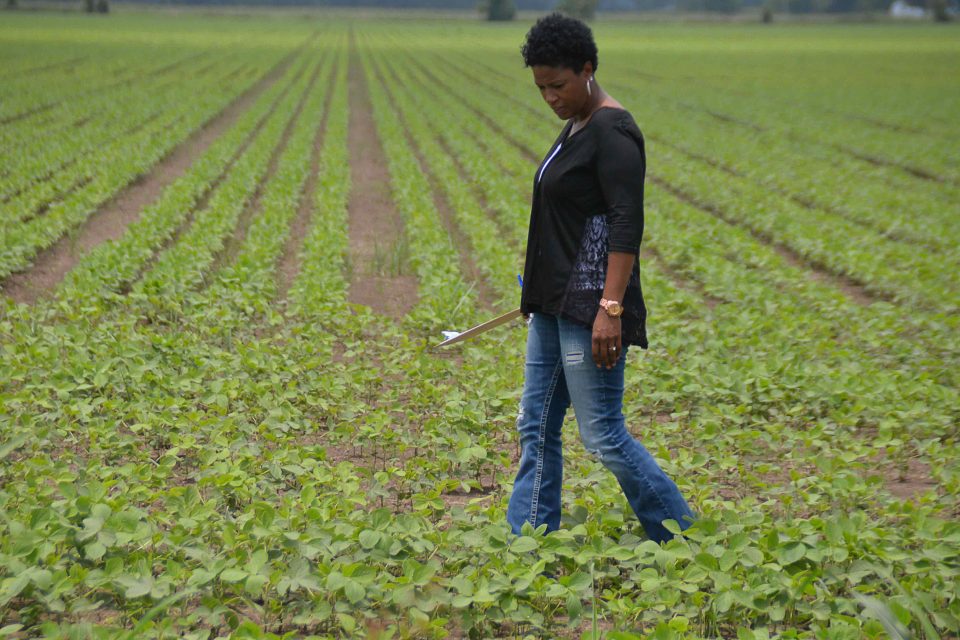 For the past several decades the plight of the Black farmer has been largely ignored by many in the United States, including major civil rights organizations. When Blacks were in bondage, America’s agrarian economy depended on the free labor and expertise of its slaves.

After emancipation, Blacks were able to purchase land and run farms, some successfully, to the anger of many White farmers. Black farms were burned, livestock poisoned and eventually, the number of Blacks who owned and operated successful farms dwindled.

Now, Black farmers in Mississippi and Tennessee are suing because it seems an old racist trick to destroy Black farmers has arisen again. These farmers claim that a well-known seed company sold them 12,000 pounds of defective soybean seeds infested with mold on purpose, and they are suing. Some of these farmers have been forced to sell their land and lost millions because of this alleged incident.

A group of Black soybean farmers in Tennessee and Mississippi has filed a federal lawsuit. They claim that a representative from the Stine Seed Co. named Kevin Cooper misled them in purchasing soybean seeds in 2017. According to the lawsuit, the farmers claim that Cooper promised them superior seeds suitable for the growing regions. However, when planted, the soybeans were abnormally small and stunted.

The farmers were expecting a harvest of at least 48 bushels of soybeans per acre. Instead, the yield was less than 26 and 5 bushels. A group of farmers sent a sample of the seeds to  Mississippi State University. The report that followed shocked and angered the farmers when it was noted that the sample “showed rotten molded seed.”

The farmers involved in the case have claimed that more than $1 million was lost because of the bad soybean seeds. In response, the farmers sued Cooper and Stine Seed Co. claiming that the seed was switched deliberately as part of a conspiracy to defraud the farmers because they were Black. The company has denied this claim and asked for a federal judge to throw out the case as baseless.

On Thursday, Jan. 3, 2019, Memphis U.S. District Judge John T. Fowlkes ordered the Black farmers and Stine Seed Co. to engage in mediation to resolve the issue. According to the Des Moines Register, Judge Fowlkes questioned the farmers’ claim of a conspiracy and asked what facts they had to prove that racism and discrimination were involved or if they were simply speculating.

But the history of being a Black farmer in America speaks for itself when it comes to systemic racism. This is evident from a lawsuit filed against the USDA by Black farmers, and the Black Farmers and Agriculturists Association (BFAA). That lawsuit resulted in a judgment of $1.06 billion to more than 16,000 farmers since 2018.

“Your not calling me the N-word or another word doesn’t mean that you’re not racist,” said Thomas Burrell, the head of the BFAA, said about the soybean case. “It’s what you did. You singled out certain individuals, and you sold them seeds you would not sell your White customers.”

This is a major issue, one that the U.S. Department of Justice has promised to investigate. Rolling out contacted the BFAA, and the organization forwarded numerous documents to our office. Among these documents are letters from the U.S. Department of Justice that promises to investigate the matter as more information is gathered and deemed warranted.

In addition, U.S. Rep. Steve Cohen of Tennessee has promised to follow the developments in this case and press for answers at the highest governmental levels.

The judge has set a deadline of March 15, 2019, for litigants in the case. Rolling out has spoken with the BFAA and will continue to update this story.