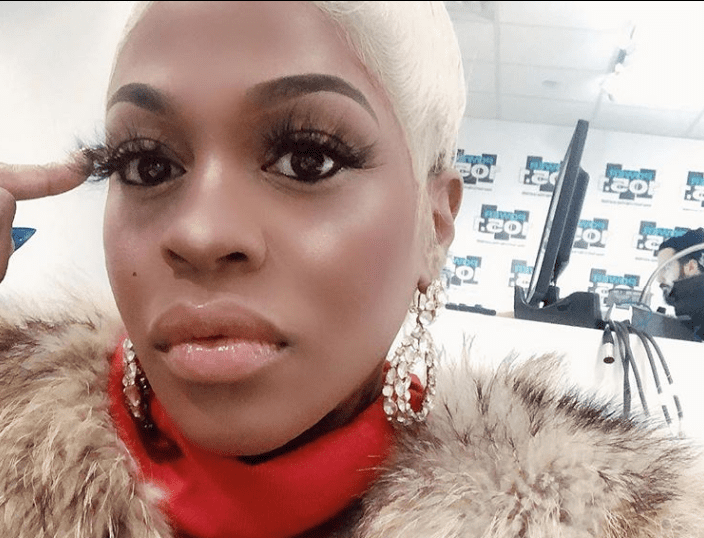 Singer Lil’ Mo may be done with her marriage. She indicated that she is about to chuck the deuces to her husband after he was caught on camera doing a “disgusting” act.

Mo, a star on the latest season of WeTV’s “Marriage Boot Camp: Hip Hop Edition,” took off like a rocket on Twitter after the latest episode in which her husband was caught being shady.

While Mo was upstairs in their bedroom, husband Karl Dargan was captured on camera Facetiming another woman behind her back.

“Tell me you love me,” he told the unidentified woman on the phone as the television camera recorded him.

Once she caught wind of her husband’s mindless transgression, Mo went volcanic over it and tweeted she had enough of dealing with his disrespectful behavior.

but i’m the mean one hmmmmmmm i would never disrespect nobody on TV like that especially when i’m tryna fix it. i wouldn’t do nothing sneaky like that. EVER. but it’s cool!!! i hope it was worth it. NO CAP #HipHopBootCamp

Dargan came back online and asked that his male followers “flow” with him. But he does not elaborate on what he meant by that.

Mo, who saw the post, is clearly not trying to hear what Dargan has to say:

flow with you? HOW sway?? you OSS cannon smh i’m rapped out. #HipHopBootCamp

Lil’ Mo then mocked Dargan’s Facetime chat, saying: “Tell me you love me. F— you yo. I’m almost done with this n— do some cap s—. Now I’m mad all over again. I should kick him in his f—— neck yo.”

Mo also posted this on Instagram to proclaim her power.

you never know how strong you are until you realize all you have is strength. not a weak bone in my body. my strength is my weakness. and that’s POWER!! it’s LIT! #LAnights #thePLUG