DaInkMan, a popular tattoo artist from Philadelphia, was featured live at Blu’s table. DaInkMan has been doing tattoos since he was 16 years old; however, at the 21st annual Philadelphia Tattoo Arts Convention, he painted a beautiful mural with vibrant colors butterflies, a human female eye and other abstract images. As he painted, he explained his passion for tattooing: “Tattoo[ing] gives our younger generation a way to express themselves. It allows them to open and be expressive just the way they want!”

The Philadelphia Tattoo Arts Convention gave tattoo artists and tattoo enthusiasts an opportunity to learn, network, and engage in a community setting.

Check out photos below from The 21st Annual Philadelphia Tattoo Arts Convention. 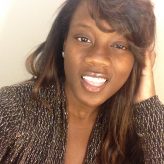