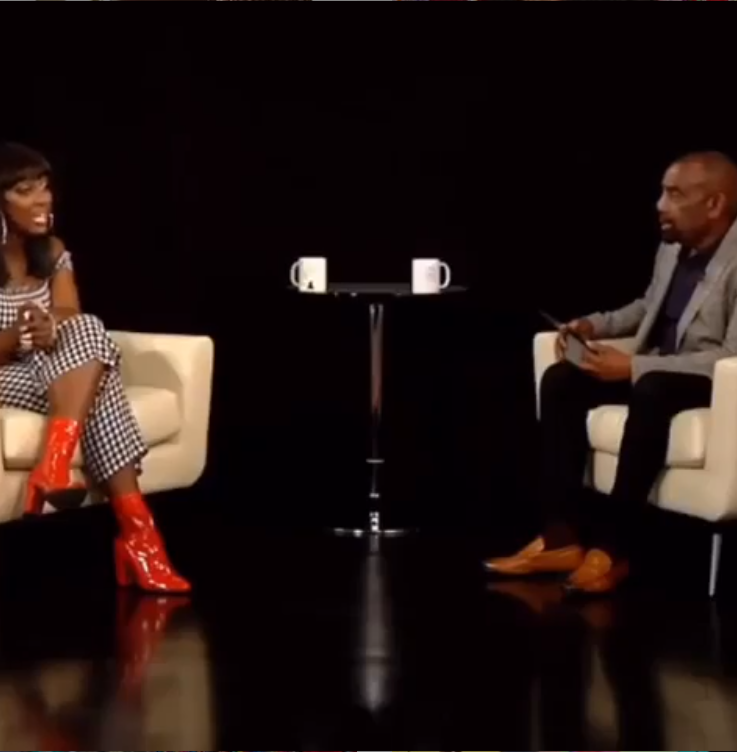 Right-wing Black conservative Jesse Lee Peterson pleaded with “Love & Hip Hop: Miami” star Amara La Negra to stop identifying herself as an Afro-Latina because he believes the designation is poisoning her career.

Peterson told La Negra she’d be a much bigger star if she discarded the “Afro” portion of her Latina heritage.

The interview really went off the rails when Peterson told La Negra that she doesn’t look like other Black women and should disassociate herself from Blacks altogether.

“You know, now that I see you in person, you don’t look like a Black person,” Peterson said. “You look like a dark-skinned Latina or something like that, right?”

La Negra answered quickly and resolutely. “No, no, no, no. I will always be Afro-Latina, and that’s why I’m an activist. I love my melanin. I love my background,” La Negra said emphatically. “I love my race, and you know I feel that’s even more of the reason why my name is Amara La Negra, which means, the translation in English will be, The Black. I’m very proud of my color, and I know I’ve always had to work twice as hard in order to get my work recognized, but that’s fine though.”

Le Negra looked dizzy after Peterson, a Black man, told her that Black people are dumb, lazy, that there are not many successful Blacks in the country, and that the ones who are successful were the beneficiaries of Affirmative Action.

Le Negra was stunned to the point of verbal paralysis. There was a long pregnant pause during which she seemed unable to speak, as if the thoughts she really wanted to say were stuck in her throat, like a clogged sink. She simply stared off into the distance with her mouth ajar.

Check out the shocking interview below on La Negra’s Instagram page, and then view the entire interview on YouTube below that: