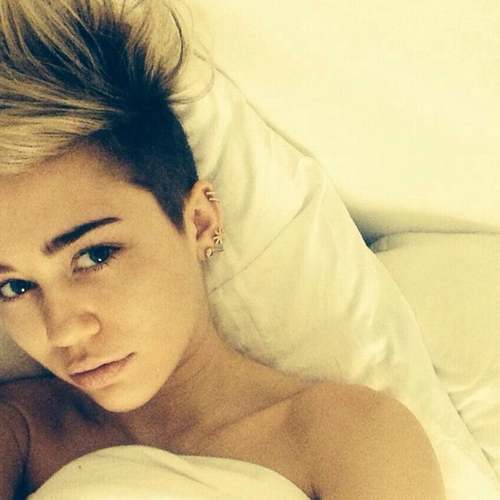 Miley Cyrus has grown tired of being persona non grata in the hip-hop world. Urbanites had canceled Cyrus and made her “Rap Enemy No. 1” after using a 2017 Billboard magazine interview like a baseball bat to bash rap music to pieces following the years she enjoyed profiting enormously from the genre.

Overnight, Cyrus became the quintessential example of a flagrant culture vulture who appropriated an art form for self-aggrandizement to amplify her popularity and pocketbook. She was a virtual unknown by the vast majority of Blacks who didn’t watch her “Hanna Montana” show on Nickelodeon. And fans noticed that Cyrus did not use her country music heritage or pop music to make herself known to a new worldwide audience; she calculatedly used rap to accomplish this.

So, in 2017, when Cyrus told Billboard that she reduced rap music to just sex, cars, and jewelry, folks were righteously irate. “I can’t listen to that anymore,” Cyrus told Billboard at the time. “That’s what pushed me out of the hip-hop scene a little. It was too much, ‘Lamborghini, got my Rolex, got a girl on my cock.’ I am so not that.”

Today, Cyrus is apologizing for her racially-charged interview. Miley responded to a Black fan’s YouTube video titled “Miley Cyrus Is My Problematic Fav … Sorry” with this comment:

“I want to start with saying I am sorry,” Cyrus said. “I own the fact that saying … ‘this pushed me out of the hip-hop scene a little’ was insensitive, as it is a privilege to have the ability to dip in and out of ‘the scene.”

Cyrus added that she is aware of the decades of inequality and wants to speak out about it.

“Silence is a part of the problem and I refuse to be quiet anymore. My words became a divider in a time where togetherness and unity [are] crucial. I can not change what I said at that time, but I can say I am deeply sorry for the disconnect my words caused. Simply said; I f—– up and I sincerely apologize. I’m committed to using my voice for healing, change and standing up for what’s right.”

Fan posts under her YouTube comments accepted her statements, for the most part:

YouTube user Ore Bademosi said folks need to cut Cyrus some slack: “The billboard interview was not even bad … all she said was that she doesn’t like misogynistic rap. That was literally it!! People twisted her words.”

Another user, Katie, added: “I can relate to this video so much. SO MUCH LOVE FOR MILEY 💗.”

Makayla Cole feels freed by the video: “I too as a black woman was obsessed with ‘Hannah Montana’ and I loveeee Bangerz Miley is also my problematic faveeeeeeee.

Lauren Janssen concurs, saying: “I know Miley’s heart is in the right place too, but I’m super proud she commented on this vid and opened up and cleared the air.”