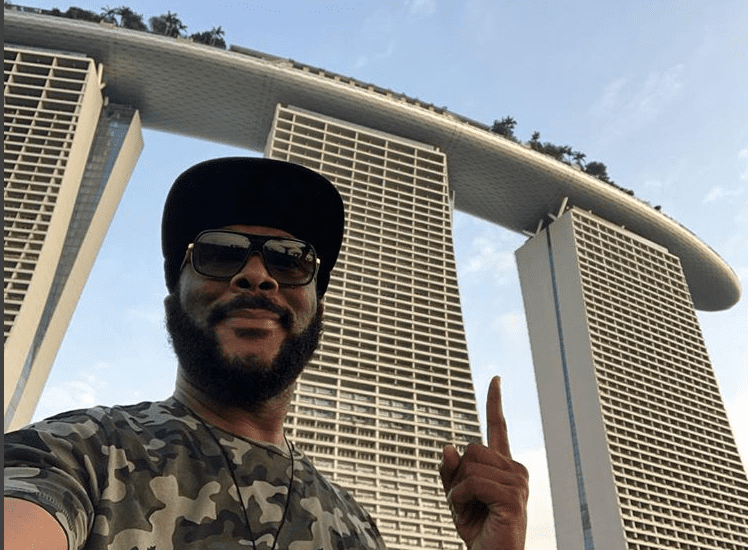 Entertainment impresario Tyler Perry pledged to do whatever he can to help rebuild the most devastated areas in the Bahamas after the Caribbean island nation was decimated by a Category 5 Hurricane this past week.

“We are in the midst of one of the greatest national crises in our country’s history,” Prime Minister Hubert Minnis said according to the Atlanta Journal-Constitution. “No effort or resources will be held back.”

In an Instagram post, Perry pledged to the people of the Bahamas that “as soon as I can, I will be there to do whatever I can to help you rebuild stronger and better,” Perry said. ““You’re not only in my heart and my prayers, you’re in my blood,” he wrote. “God bless you. Stay Bahamas strong. The sun will shine again.”

The wholesale devastation of some of the islands of the Bahamas is particularly poignant for Perry, who owns an island and calls the Bahamas home for part of the year.

Considered an adopted son of the Bahamas, Perry facilitated a surprise engagement announcement on his private island for actor Aaron O’Connell, a star of “The Haves and the Have Nots,” who proposed to girlfriend Natalie Pack.

See Perry’s IG post in full, then check out live footage from the Bahamas as Hurricane Dorian reached the second floor of homes when the storm was upgraded to a Category 5.

To all the incredible people of the Bahamas who have welcomed me and called me an adoptive son, I want you to know that I am watching closely, and as soon as I can, I will be there to do whatever I can to help you rebuild stronger and better. You’re not only in my heart and my prayers, you’re in my blood. God bless you. Stay Bahamas strong. The sun will shine agin. #HurricaneDorian

That is just terrifying.

Listen to this pilot, flying over Abaco in the Bahamas, listing what’s “gone” because of Hurricane Dorian pic.twitter.com/MwhAeiI8cl