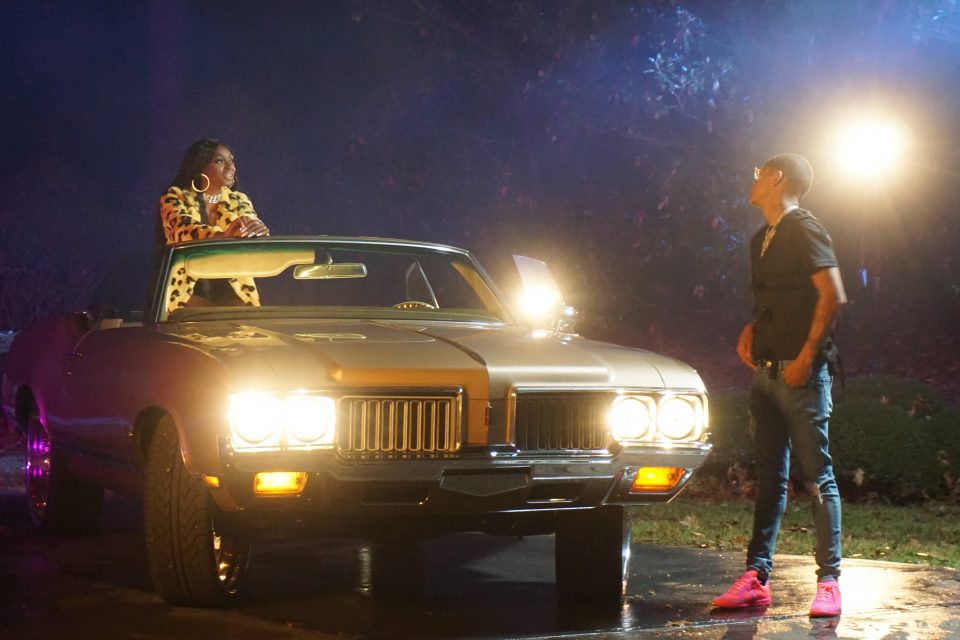 This 18-year-old is best known on social media platforms for her comedic skits that have been repeatedly reposted with different memes. But now Nicole has linked her proverbial wagon to artists of another genre, like YK Osiris and Polow da Don to produce signature songs “Late Nights” and “Recuperate.”

Rolling out sat down with Kayla Nicole to discuss her transition from social media comedian to music artist.

How would you describe your sound and brand?

Unrepeatable. I don’t think nobody else can do it how I do it. So it’s authentic. And it can’t be duplicated. It’s just something that has to be, you can’t force it.

Experience. It was like poetry … I don’t know what actually caused me to do it but just [the] experience hearing songs. And it’s like, I would sing my own stuff anyway, or do a cover of it. So one day, I actually did just write my own song when I heard an instrumental [on] YouTube.

How do you bridge your viral, comedy videos on social media with your music?

I don’t. My music is totally separate from my comedy … I post my music on my channel and every platform. So those same audiences see what I’m doing besides just comedy. Two different people, it’s Nicole TV then it’s Kayla Nicole.

What was your initial reaction when your first video went viral on social media?

I was sleep and my mama woke me up out my sleep. But I was just ready to go back to sleep. I already knew that was going to happen because I knew what I did was stupid. So I was like, yeah, I’m gonna go viral. So I logged out as soon as I posted the video, then I see messages [like] “Don’t forget where you came from.” And mama comes shaking me in my sleep … I was like what happened? I thought I was in trouble … She was like look at all these likes and views, but, it was expected.

Who are your top three musical influences?

I listen to me, me, and me. Yeah, but my favorite rapper is Polo G.

What was your inspiration behind your “Late Nights” music video?

My actual relationship, my past relationship. We ended off on bad terms, and then it was kind of like being cordial. But towards the end, it wasn’t good.

[Me] and my best friend have a song. That’s what’s next. It’s a hype song. It’s different than my usual, but yeah, the fans will love it.