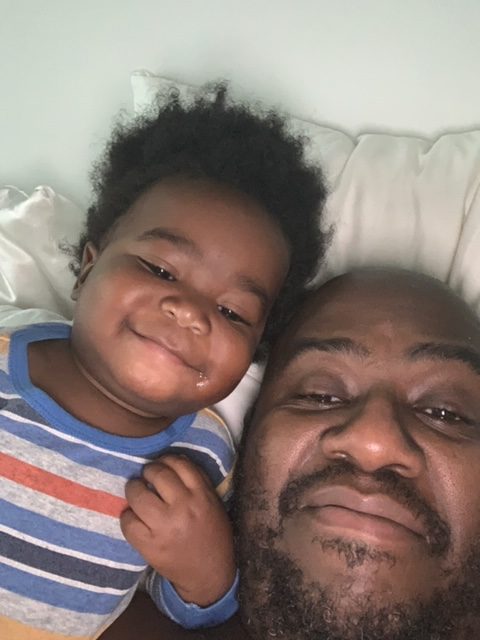 Adrian Franks is the celebrated UX creative director at the experience design division of IBM Global Business Services, where big concept thinking and creativity are paramount to his success as design ability to be effective as a professional. Having worked with some of the world’s biggest brands over his 20-year career; including Toyota, Coca-Cola, AT&T, Walmart, Bank of America, Citibank, Chrysler, Ford, and multiple branches of the U.S. Armed Forces, Franks welcomes every opportunity to expand his creative wings.

Franks’ collaborations with iconic filmmaker Spike Lee resulted in work for films like Chiraq, Michael Jackson: From Motown to Off the Wall, and the ESPN documentary “Two Fists Up,” and are evidence of his determination to living by design.

Similarly, big concept thinking and creativity are also essential to his growth as a father to 7-month-old son Garvey.

Franks lives in Brooklyn, New York, with his wife, Nicole and son Garvey.

When it comes to leaving a legacy to my son Garvey and other kids around him, my legacy is that of empowerment through knowledge. My goal as a father and mentor is to show them the value of our rich history of black people and how we contribute to the genesis of this country all the way to current pop culture.

I don’t know if my fatherhood is necessarily a culture since its so new to me, but just being there to see my son go to bed every night is very important to me. Also I feel like being a supportive husband is key to being a good father.

The dictionary and anything by Richard Wright.

The fatherhood experience has taught me most [is] about enjoying the small moments like kid laughter, true innocence, and that most things are not that important compared to time spent with your family.

Name one life lesson that no one taught you, but should have.

The importance of building your network. It takes more that just being smart or talented to make it in this world. Your network is key to navigating this thing called life.

What insights can you offer about building a network?

It guides me when my rational side needs to take a break.

… Your lineage needs you.