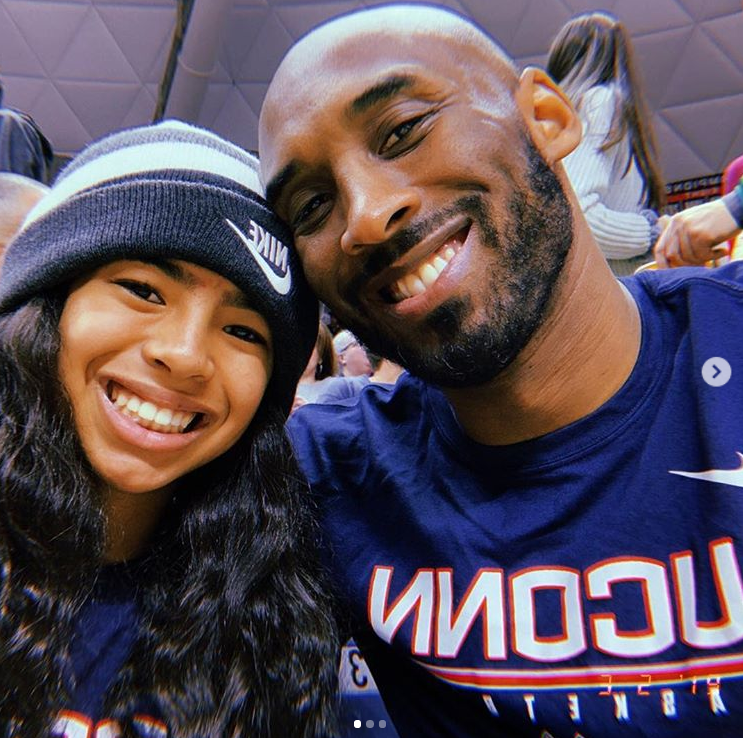 The late, legendary Kobe Bryant had just filed to trademark a special nickname he’d given his daughter, Gianna “GiGi” Bryant, that was a variation of his famous alter ego, “Black Mamba.”

The Los Angeles Lakers icon had filed paperwork that has been obtained by TMZ that shows he wanted to trademark the name “Mambacita” as a dedication to his middle daughter who was obsessed with basketball. She also showed flashes of potential greatness at b-ball that endeared her further to her father.

To Bryant’s pleasant surprise, 13-GiGi Bryant grew to become a basketball junkie just like her father. In fact, according to ESPN, Bryant said that he no longer watched the game every day after he retired from the Lakers in 2016.

But it was Bryant’s daughter GiGi who got Bryant back to paying attention to the game on a daily basis. She asked her father to get the special package that airs all of the NBA games and the two of them would spend most evenings watching the games. Also, there are many photos showing the two of them sitting in their floor seats at Lakers games.

Gigi got her father so involved in the game again that he began to coach his daughter’s basketball teams. And that is why Kobe and Gigi Bryant were in the helicopter together on that fateful Sunday morning.

Therefore, father Bryant was planning to put “Mambacita” on multiple sportswear, including “shirts, shorts, hats, jerseys, sweatpants, sweatshirts and hoodies,” according to the documents obtained by TMZ.

Here is a video of one of GiGi’s games below that showed her turnaround jumper that, much like her famous dad did countless times, hit nothing but net.

I hate seeing my #teammamba girls play against each other. This is GREAT defense by our mamba pg Alyssa Altobelli and a familiar looking fade by our 2gd the #Mambacita