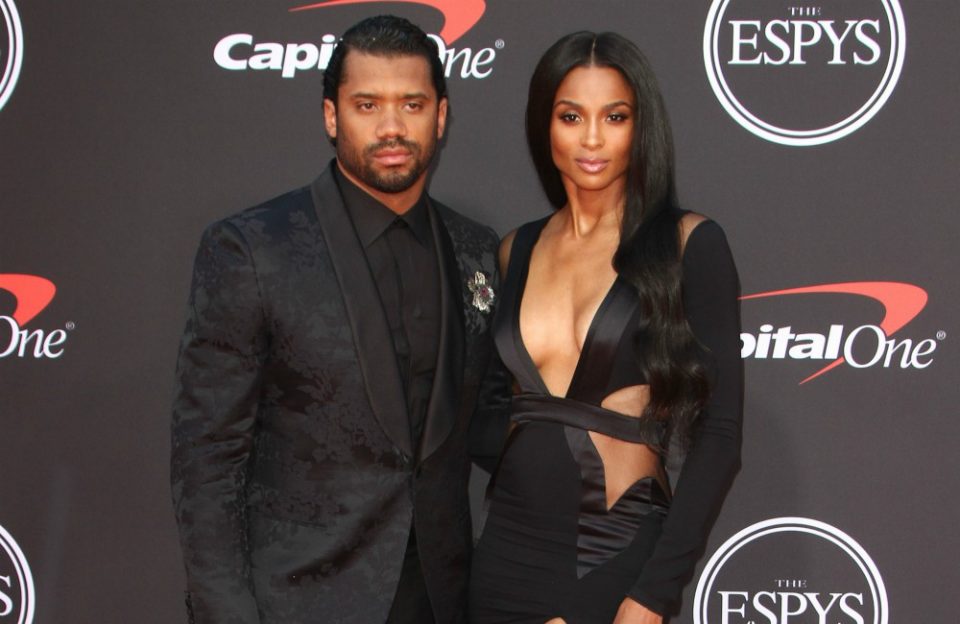 Ciara and Russell Wilson are expecting another baby.

The “Level Up” singer has announced that she is pregnant with a beautiful vacation photo on the rocks of Turks and Caicos Islands.

Her quarterback husband Wilson also shared the announcement on his social media posting the similar photo with Ciara behind him blurred out but still showing off the baby bump.

Fans and friends responded sharing their excitement for Ciara.

Another responded, “Now that’s how you announce a pregnancy.”

Some fans even previously suspected the pregnancy earlier this month when Ciara rocked her husband’s No. 3. jersey with the caption “#3.”

They responded with comments like, ” For Russell or baby number 3???,” and “She’s pregnant.” 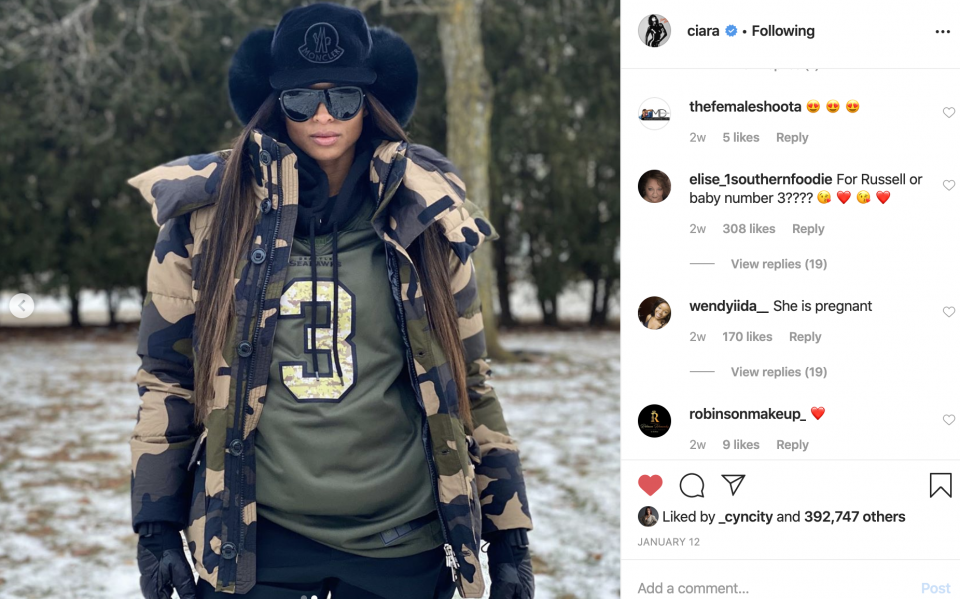 We know their third child will be extra special since they will share the same number as their daddy — No. 3.

The exciting news comes ahead of this year’s Super Bowl where Ciara is scheduled to perform at Rolling Stone‘s Super Bowl concert in Miami on Saturday, Feb. 1, 2020.