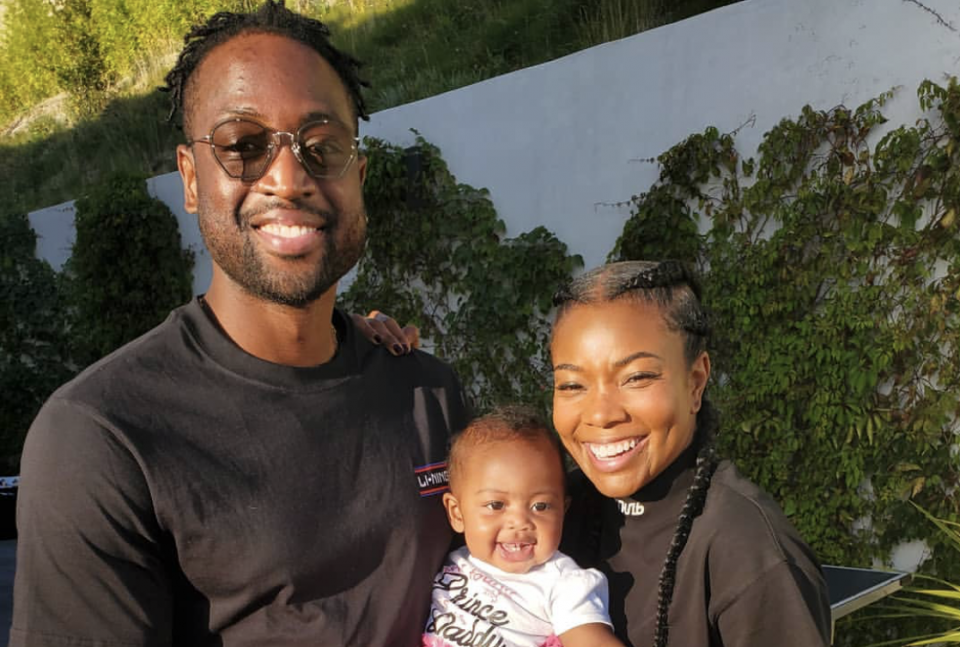 Kelly: “Heard you had a daughter now.”

D-Wade retorts in the meme: “U touch her I’ll kill ya.” 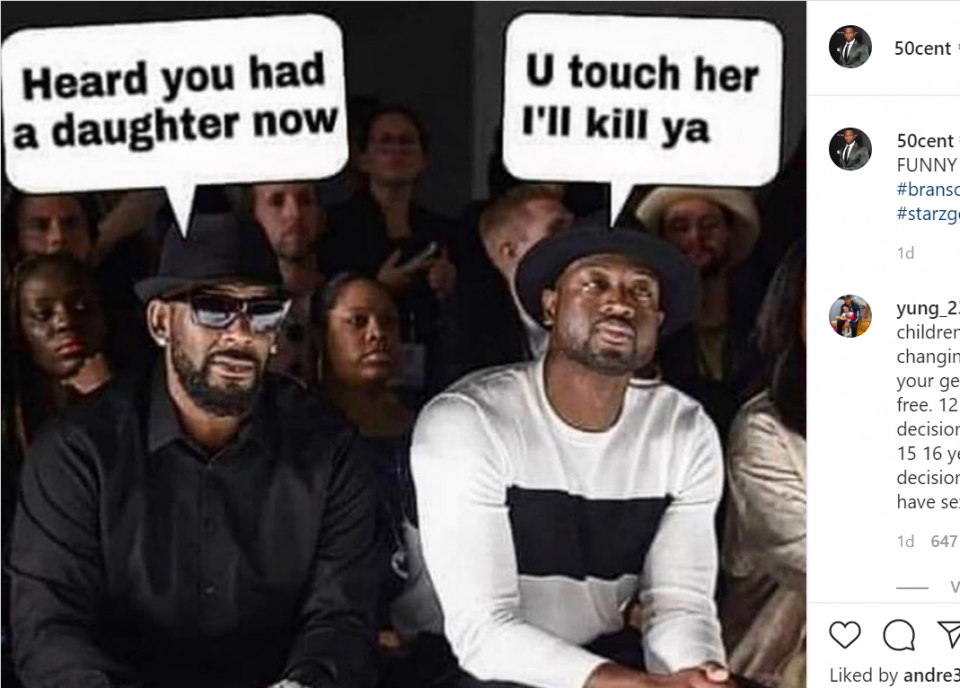 As the world knows, R. Kelly, 53, is facing a multiplicity of felony charges on the state and federal level for allegedly sexually abusing underage females. This includes racketeering, sex-trafficking and bribery charges in state courts of Chicago and Minneapolis as well as a federal court in New York.

D-Wade informed the world that his 12-year-old was transgender during his visit to Ellen DeGeneres’ daytime talk show. The Future Hall of Fame player said that Zion wanted to be called “Zaya” and that she was “ready to live my truth.”

While some pop culture fans agreed with Fifty and shaded D-Wade’s choice to publicly support his daughter’s decision, many more criticized Fifty for his tastelessness.

One person responded in the comments section of 50 Cent’s IG page: “This not funny,” while another added: “Uhm besides the fact that Zaya was brave enough to identify herself, Dwayne also has a little baby girl! So this is wrong on all levels.”

A third user scolded 50 Cent, saying “look at u at ur grown age worrying bout what a 12 yo does go get a job man.”

A fourth added: “Like are you kidding? R Kelly and a innocent child? It’s just in bad taste with this subject any child regardless who the child is… so I unfollowed 50. ✌️.”