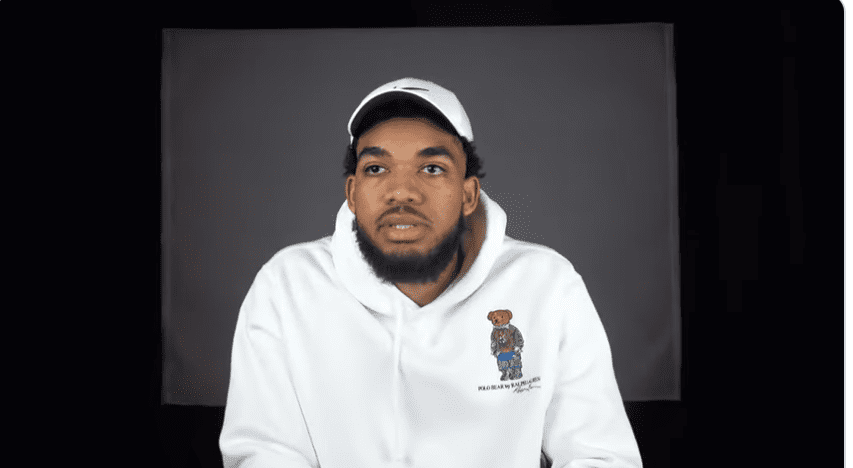 NBA stars are flocking to Minnesota Timberwolves forward Karl-Anthony Towns after he revealed his mother lies in a coma after suffering complications from the coronavirus.

In an emotional, teary-eyed message on Twitter, the 24-year-old Towns said his mother, Jacqueline Cruz, was put into a medically induced coma and is on a ventilator after she was having trouble breathing on her own.

“I think it’s important that everyone understands the severity of what’s happening in the world right now with the coronavirus, and I think where my life is right now could help, so I decided to do this video and give you an update of where I’m at,” Towns said in a six-minute video posted to his Instagram, Twitter and YouTube pages on Tuesday, March 24.

“I was told early last week my parents weren’t feeling well. My first reaction to her was to go seek medical attention immediately. There’s no reason to wait, just go to the nearest hospital. And after a couple days of not showing any signs of improvement, I was very adamant on the first day to go to a hospital and seek further evaluation.”

WE CAN BEAT THIS, BUT THIS IS SERIOUS AND WE NEED TO TAKE EVERY PRECAUTIONS. https://t.co/zxMqVB9AWk via @YouTube

The NBA season, as rolling out previously reported, is indefinitely suspended while the country braces for the coronavirus’ wrath. Luckily, Towns recommended his mother go to the hospital immediately after exhibiting symptoms of the virus. Unfortunately, however, her condition has not improved.

“Her fever was never cutting from 103, maybe go down to 101.9 with the meds, and then immediately spike back up during the night. She was very uncomfortable,” he said. “Her lungs were getting worse, her cough was getting worse. She was deteriorating. She was deteriorating, and we always felt that the next medicine would help. This is the one that’s going to get it done. This mixture is going to get it done.”

Flip the page to see the NBA players who are offering up their prayers and support.