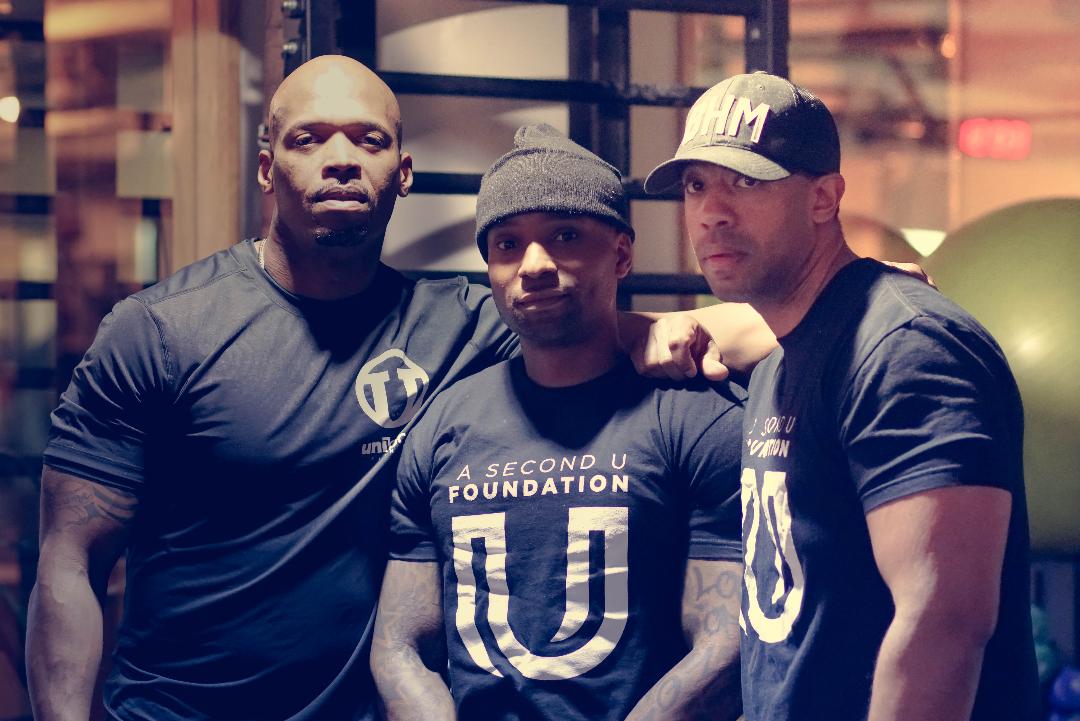 Hector Guadalupe (far right), the founder of A Second U Foundation, is joined by his cousins Lawrence Johnson (left), Rene Jacobs (center), who are also are personal trainers. (Photo credit: Katie Furr)

Blacks and Hispanics are housed in U.S. prisons disproportionately to their racial counterparts. Once released, finding stable income, housing and acceptance back in society are just a few obstacles they face. Hector Guadalupe, the founder of A Second U Foundation, might have tapped into a solution to finding a job while providing former felons with interpersonal and salesmanship skills they can build on.

An East Harlem dweller, Guadalupe spent 10 years in various prisons after pleading guilty to interstate drug distribution. While serving his sentence, Guadalupe, who was overweight at the time, started to incorporate weight training and calisthenics into his daily routine to pass the time. After he was paroled, he was turned down for many fitness jobs because he had a criminal record. He finally was given an opportunity at one of the gyms, and four years ago started the not-for-profit to train former nonviolent offenders for careers in the fitness industry.

So far, A Second U has equipped 196 people with the knowledge needed to become certified personal trainers. Participants take part in an extensive six-week training program that focuses on preparation for the national personal training certification exam. They are able to hone their competencies by shadowing senior personal trainers and could eventually start personal training businesses of their own.

Rolling out spoke with Guadalupe about how A Second U is making a difference.

What would you say is the biggest reason for your success?

I think we are still on the way to success, but I think hunger to do things well, following my instincts and commitment to a vision has helped.