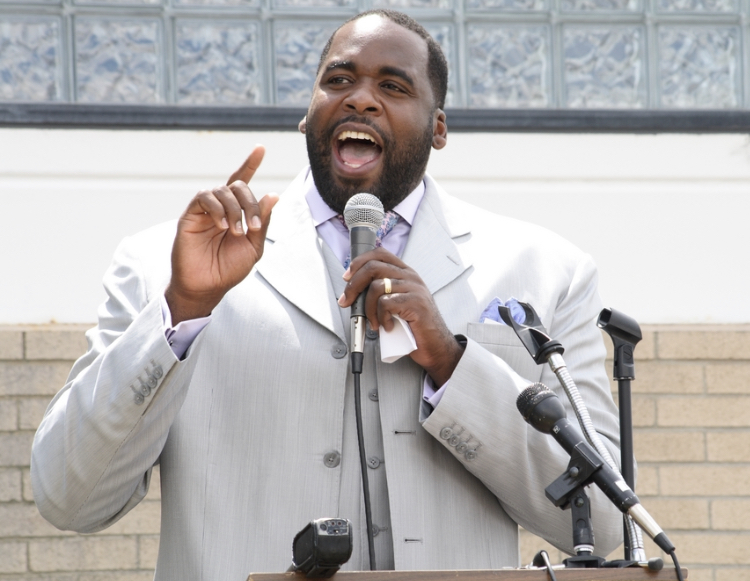 Kwame Kilpatrick has been granted an early release. The former Detroit mayor was scheduled to be released from prison decades from now after being convicted in 2013, according to the Ebony Foundation.

Kilpatrick, the son of prominent politician Carolyn Kilpatrick, became a key figure in Detroit politics in the mid-1990s, after being elected to the Michigan House of Representatives. By 2001, Kilpatrick was elected as Detroit’s mayor and became known as the “hip-hop mayor” for his youthful movement in politics.

However, his time in office was marred by multiple scandals such as misappropriating funds, stripper parties and extramarital affairs. He resigned from his position as mayor in 2008.

In 2013, Kilpatrick was found guilty of racketeering, extortion, mail fraud, and tax evasion. He was sentenced to 28 years in prison. Scheduled to be released in 2037, Kilpatrick served his time at the Federal Correctional Institution, Oakdale, in Oakdale, Louisiana.

Kilpatrick continued to fight for an early release and reached out to President Donald Trump for clemency in 2018.

With COVID-19 spreading in prisons across the nation, many non-violent criminals are being granted an early release and Kilpatrick is among them.

According to the Detroit News, Kilpatrick is one of 3,000 inmates who will be released under a White House initiative to reduce the number of prisoners during the coronavirus pandemic.