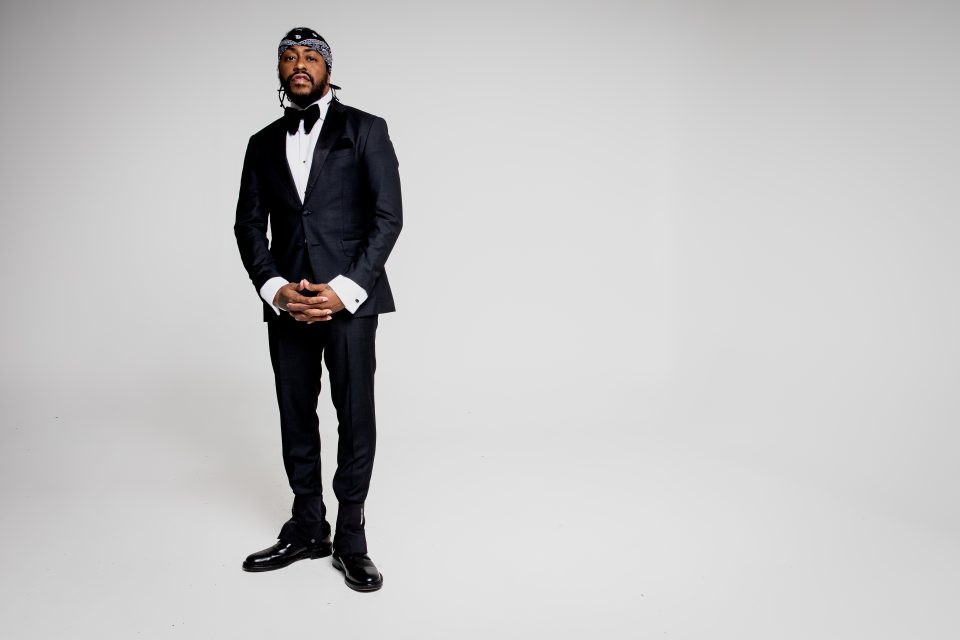 Raheem DeVaughn has earned the moniker of “Love King” honestly. The R&B crooner has dedicated his career to consistently creating music that celebrates the Black community and Black women in particular. While that decision has not always garnered the accolades that reward other content, DeVaughn has never created music for anything other than love. His latest single, “Marvin Used to Say,” is a beautiful tribute to one of DeVaughn’s musical mentors, while also offering positive vibes in the midst of a social environment that needs light.

Where do you draw inspiration for your music?

I celebrate my Blackness. I celebrate Black love and I think in spite of all that’s gone on and what is going on, we know depression can weigh on your spirit. It’s important for me as an artist to continue pushing the narrative of Black love. Not just from a relationship standpoint and intimacy, but even loving on yourself and not hating your Blackness. I try to lead by example in that sense.

Your new single pays tribute to Marvin Gaye. Was he an inspiration to your music?

Absolutely. I still remember the day that I found out he died. I remember what it felt like outside, what I had on. I believe my mother shed a tear. I was young then, but years later I realized what a huge loss it was. It was a blessing to be able to put the song together. We have something special coming with the lyric video soon, so fans can really get the message behind the song.

The Versuz battle with Brandy and Monica continues to trend. We know you can’t pick sides, but which one do you think your vocals or style would complement most on a duet?

Why not both? I love what Versuz did with that pairing. It gave us a chance to give both Queens their roses and show them how we really feel about them and their contribution to music. Both of them have been stars since they were kids. We’ve seen them grow from girls into women. We’ve been able to watch them go through relationships, get married, become mothers, experienced divorce and so much more. They’ve shared all that with us, how unselfish of them. They’ve done all this while remaining consistent in a business that is often demonic and dark and they’ve remained on top.

Brandy and Monica are both living legends and I think I could do something special with each of them. I’m really just open to working with anyone [who] wants to create something special, something that celebrates love.