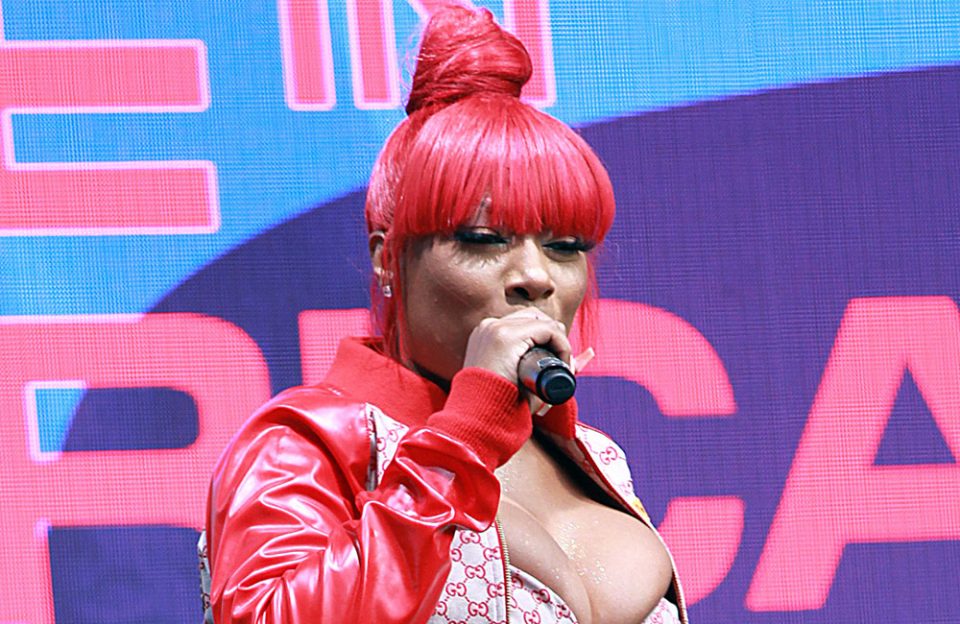 In an opinion piece that appears in The New York Times, Megan writes about Black female voting power, her scathing denunciation of Kentucky Attorney General Daniel Cameron on “Saturday Night Live,” and the shooting episode with former friend Tory Lanez in Los Angeles.

“In the weeks leading up to the election, Black women are expected once again to deliver victory for Democratic candidates,” Megan Jovon Ruth Pete, 25, began as she echoes the sentiments of many Black female political pundits.

“We have gone from being unable to vote legally to a highly courted voting bloc — all in little more than a century. Despite this and despite the way so many have embraced messages about racial justice this year, Black women are still constantly disrespected and disregarded in so many areas of life.”

Speaking of the Black woman, Megan wrote in the NYT that she felt compelled to “harshly rebuke Kentucky’s Attorney General, Daniel Cameron, for his appalling conduct in denying Breonna Taylor and her family justice,” noting that “there’s not much room for passionate advocacy if you are a Black woman.”

Cameron exonerated the three Louisville cops who fatally shot Taylor during the execution of a no-knock warrant on March 13.

“We live in a country where we have the freedom to criticize elected officials. And it’s ridiculous that some people think the simple phrase “Protect Black women” is controversial,” she wrote. “We deserve to be protected as human beings. And we are entitled to our anger about a laundry list of mistreatment and neglect that we suffer.”

Flip the page to see what Megan had to say about rapper Tory Lanez, 28, now that he has been indicted by the Los Angeles County District Attorney’s Office for allegedly shooting her in the feet.