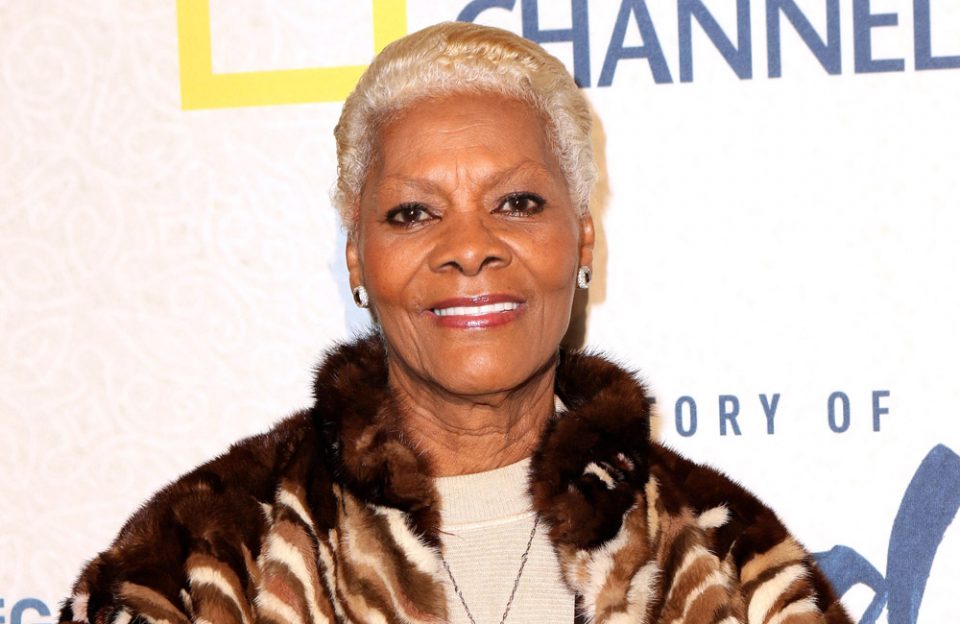 Dionne Warwick’s Twitter action has landed the veteran diva into the hearts of social media fans, and now Twitter has posted one of her tweets on a billboard in New York City’s Bryant Park. The 80-year-old singer is among several social media influencers, including Denzel Dion, Angie Thomas and Lauren LaBlue, featured in Twitter’s marketing campaign blasting the year 2020. Warwick’s selected tweet reads: “Please do not bring that foolishness into 2021.” 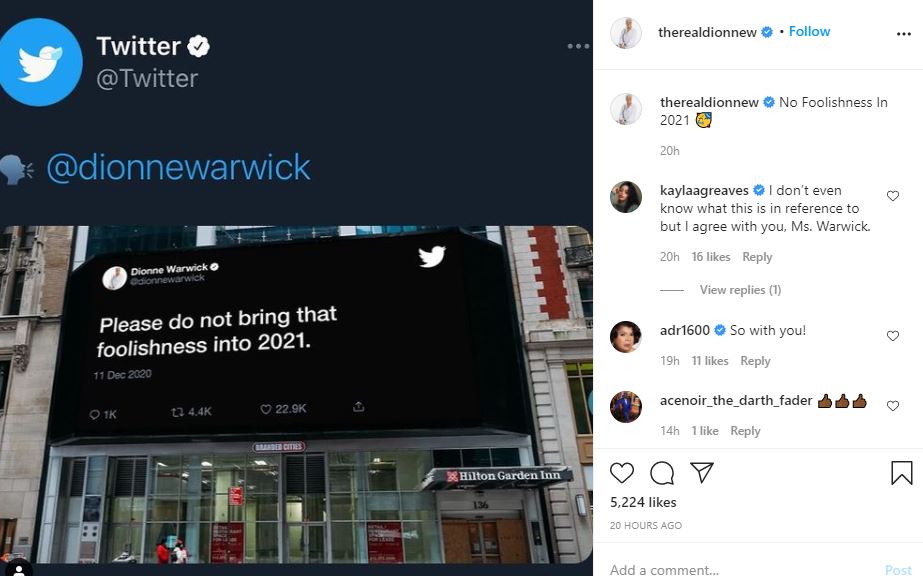 The billboards are featured throughout Philadelphia, Los Angeles and the San Francisco-Oakland area.

Warwick took aim at Netflix on Twitter a few weeks ago and inquired about a possible series about her life and who she would get to portray her on-screen. The “Don’t Make Me Over” singer revealed that she would love to have Teyana Taylor play her and that led to the singers getting in touch. Warwick tweeted, “This is a case for @netflix. Please don’t ask who I would cast to play me as it would be @TEYANATAYLOR.”

This is a case for @netflix. Please don’t ask who I would cast to play me as it would obviously be @TEYANATAYLOR. pic.twitter.com/acGbBKGFfH

According to TMZ, an elated Taylor said that she wanted to play Warwick and produce the series, too, through her The Aunties Production company. Warwick has had playful interactions with The Weeknd and Chance The Rapper as well and had to check Wendy Williams on the social media platform for some disparaging remarks. Saturday Night Live was so impressed by her tweets that they did a skit of her and Wendy Williams hashing it out called “The Dionne Warwick Talk Show.”

“SNL” cast member Ego Nwodim played Warwick in the skit, and the singer was highly entertained. “This was a hilarious birthday gift. Thank you, @nbcsnl,” Warwick tweeted earlier this month. “That young lady’s impression of me was very good and who knew @BrittaniWarrick had so many jobs.”

This was a hilarious birthday gift. Thank you, @nbcsnl. That young lady’s impression of me was very good and who knew @BrittaniWarrick had so many jobs? 😂❤️ https://t.co/CClR1Kly6C

There’s no confirmation from Netflix yet, but there’s no doubt someone from Hollywood will get her story made.