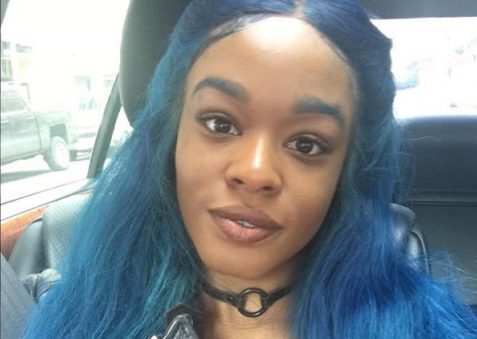 Horrified fans are very concerned about the mental well-being of rapper Azealia Banks after she dug up her dead cat and boiled it on Instagram.

The controversial and cantankerous musician told her 686,000 Instagram followers the reason behind cooking the feline’s remains was to “to bring her back to life.”

Banks also posted a photo of the animal’s skull on Tuesday, Jan. 12, 2021. Due to either the tremendous outrage or at the behest of Instagram bosses, the picture has since been deleted.

“2009-2020,” the 29-year-old rapper later captioned for one of two videos showing her cooking her cat, which also have been expunged according to the New York Daily News. “My Dear kitty. Thank you for everything. A legend. An icon.”

In recent years, Banks has received much more notoriety for her plentitude of adversaries and industry beefs than anything she has spit onto wax. She has quarreled on social media with everyone from Cardi B to Megan Thee Stallion, referring to the latter as a “fat cow” and saying she looked “horrible” in a Jan. 12 IG post. She also has railed against the likes of Beyoncé, Taylor Swift, Nicki Minaj, T.I., Tiny Harris, Rihanna, Iggy Azalea, A$AP Rocky, Lil’ Kim, Lizzo and many others.

Banks has become known for her unpredictability and emotional instability as she often ranges between outrage and depression. She previously frightened fans in August 2020 when she indicated she was emotionally exhausted by the pandemic and sociopolitical turmoil and was ready “to end it.”

Her latest antics have vexed social media users, and they took to Twitter to vent about Banks’ latest disturbing outburst.

when youre eating dinner at azealia banks house and she tells you what youre eating #azealia pic.twitter.com/wkeJ26tXdS

the other cats being adopted by azealia banks #AzealiaBanks #azealia pic.twitter.com/1rU2OANDcR

#azealia SHE COOKED HER CAT WHAT pic.twitter.com/ShykOeCdX1

When y’all find out why #azealia banks is trending😳 pic.twitter.com/8fFTdyj1ax

#Azealia clearly needs help and psychometric treatment. But we all laughing at her demise. I wouldn’t be surprised if she does something drastic for attention to herself. pic.twitter.com/KdetGAocGR

it’s day 12 and we eating dead cats now… is she trynna create a new virus💀#azealia pic.twitter.com/9iu1C1y0nM

Me after seeing why Azealia Banks is trending #AzealiaBanks #Azealia pic.twitter.com/YKH6YOwVvi

Is there anyone in her inner circle who cares? Anyone? She needs intervention and treatment. ASAP! #AzealiaBanks #Azealia pic.twitter.com/Qlkxr4g2oV