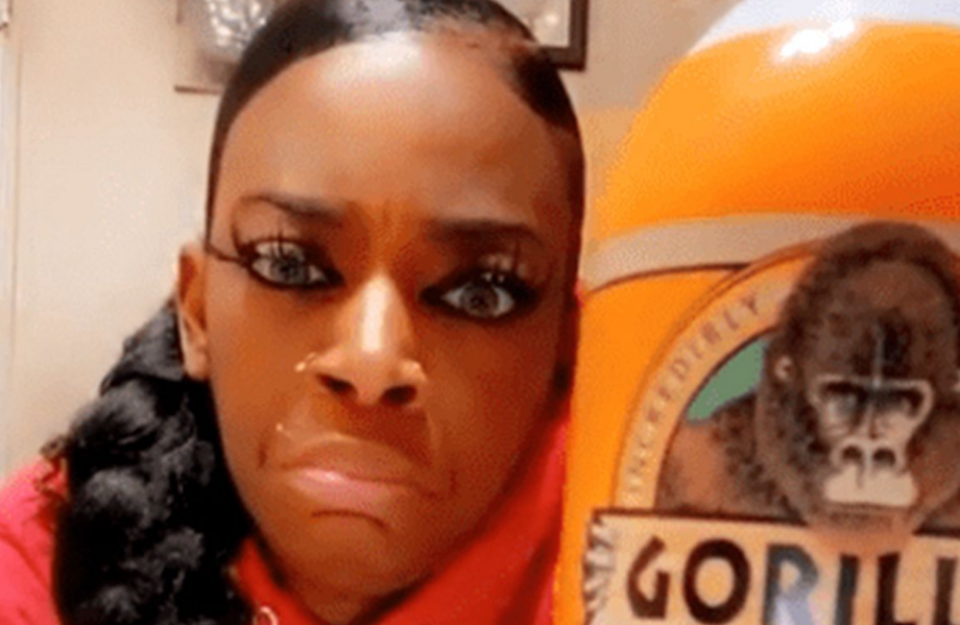 The distressed Louisiana woman who sprayed Gorilla Glue on her hair and required medical treatment to have it removed has had a successful outcome. Not many Twitter users think the naive woman will get the same positive results if she attempts to sue the company, however.

Tessica Brown, 40, reportedly sprayed the intense adhesive on her hair back in January when she ran out of her usual styling product. She became an overnight internet sensation when she woefully tweeted that she had used Gorilla Glue on her hair to keep it in place. After consulting with friends and several attempts at washing it out, Brown sought hair repair at a local hospital, to no avail.

After a 6 week harrowing experience with #GorillaGlue, @DrMichaelKObeng successfully removed the glue from #TessicaBrown's hair! He performed the 4 hr surgery $12K for free and the results look miraculous with her hair and scalp preserved! #BlackDoctorsMatter ✊🏾 pic.twitter.com/9K0jbdEwHy

After the procedure, Brown was seen sporting a new unglued hairdo. Fortunately, Dr. Obeng was able to salvage sufficient amounts of her natural hair.

“It just tingles a little bit, but it’s getting better and everything,” she told TMZ cameras at the Los Angeles International Airport before her return flight to Louisiana. She said the surgeon told her she has to wait six weeks until she can restyle her hair. She indicated that she is planning “something really long” for the next chapter of her hair story.

Many Twitter users mocked Brown for styling her hair with Gorilla Glue. Others were more forgiving and chalked it up to the fact that we all make mistakes.

Check out some of the responses, as well as images of her new hair on the next page: