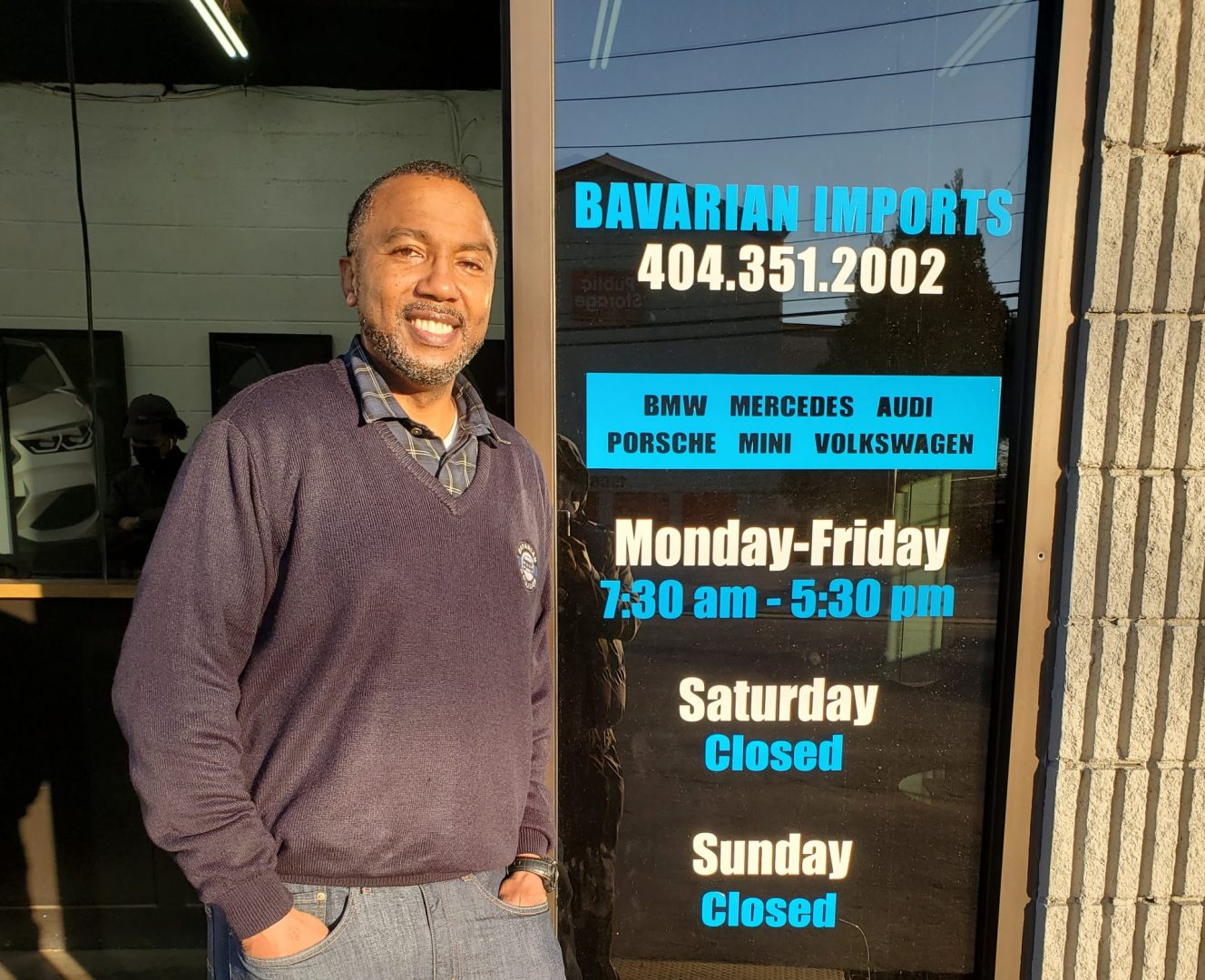 Jabari Hayes of Bavarian Collision (Photo by N. Ali Early for rolling out)

Jabari Hayes has every reason to buy into and play the role of the “angry Black man.” He is, however, the exact opposite of the misguided miscreant the universe wanted him to be. Even though he was born into a drug-infested environment, copping marijuana for his mother before he could do his times table, he smiles. His face is permanently fixed with joy and he is unapologetically determined to win.

After a five-year bid for his part in the heavily publicized Black Mafia Family drug operation that reigned supreme across the country, his temperament remains full of optimism.

Having paid his debt to society, Hayes has recovered fully. For the past nine years, he has managed the day-to-day operations at Bavarian Collision as its co-owner and despite his checkered past, he has a remarkable sense of humor.

“They say from prison to collision,” he kids. “I was fortunate that a guy when I got out of prison … gave me an opportunity and I knew nothing. I worked 12 plus hours every day, came back on weekends, stayed after work with the painter, the body tech, [etc.]. I always had a passion for cars. It was just a great transition. It feeds my passion. It feeds my addiction [to] cars and I can live vicariously through my customers.”

Hayes’ passion for cars is what ultimately led him to become one of the most hailed drug traffickers in the modern era. While working through school at Morehouse College as a valet, he eventually started his own limousine business, which led him to the notorious Flenory brothers — Demetrius “Big Meech” and Terry “Southwest T.”