Tajja Isen is no stranger to the power and function of language. Words can be loaded or empty, insightful or incendiary. The power of words can also articulate the absurdity of living in a world that has grown fluent in the language of social justice, but doesn’t always follow through.

Isen, a native of Toronto, Canada, known for her voice acting and writing, has written her debut book which is a collection of essays. Some of my Best Friends: Essays on Lip Service.

Isen, shared with rolling out  the backstory of her debut book of essays and the need for this book during this time.

What is the story behind the title Some of my Best Friends: Essays on Lip Service?
The title comes from the well-known defense of the token friend [and phrase] “some of my best friends are …,” used by people who hope to prove their good intentions, but usually uttered right after they’ve said something horribly bigoted.

What should readers and audiences expect from the book?
Readers and audiences should expect a funny, deeply researched essay collection that traces a familiar pattern of contemporary life—when institutions speak the language of social justice but don’t act on it—in a way they may not have thought of before.

What did you like best about writing this book?
I loved finding the voice of the book — the blend of wit, sharpness, and absurdity that felt suited to my subject. I knew it was working when I made myself laugh or felt the thud of dread that meant I’d expressed something true, but that I’d never articulated to myself. 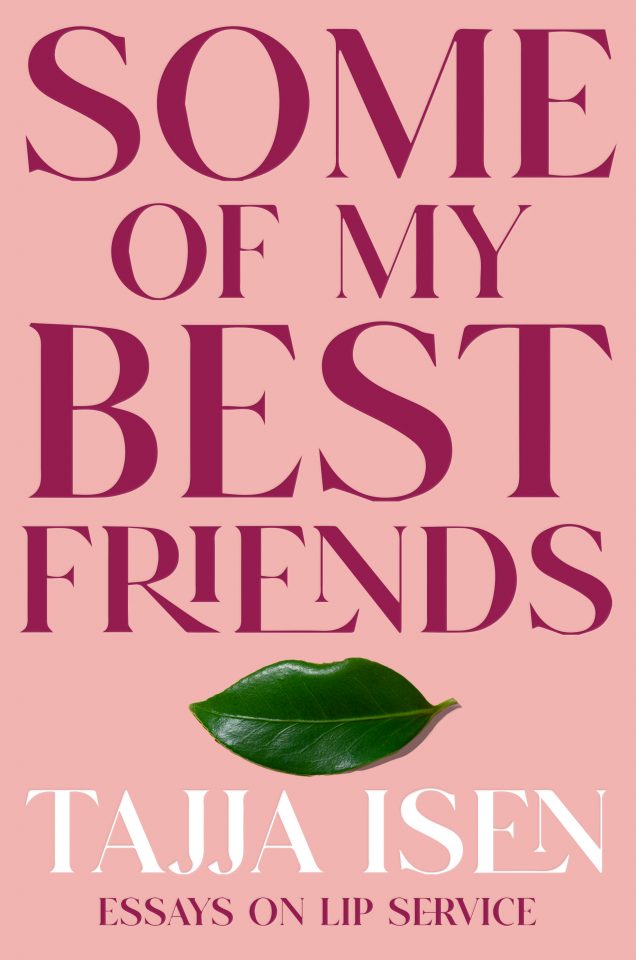 What inspires you to write?
The urge to make sense of an experience or state or text or thought. I write to find out what I think, and often to explain myself to myself.

What advice can you offer to others who desire to be an author?
Spend a lot of time figuring out who you want to be on the page. Develop a keen radar for what feels true in your work and stay faithful to it. If somebody else messes with your tone or meaning in a way that isn’t comfortable, say so.

What does literary success look like to you?
When readers tell me that my work expressed something they’ve always felt but they’ve never had words for.