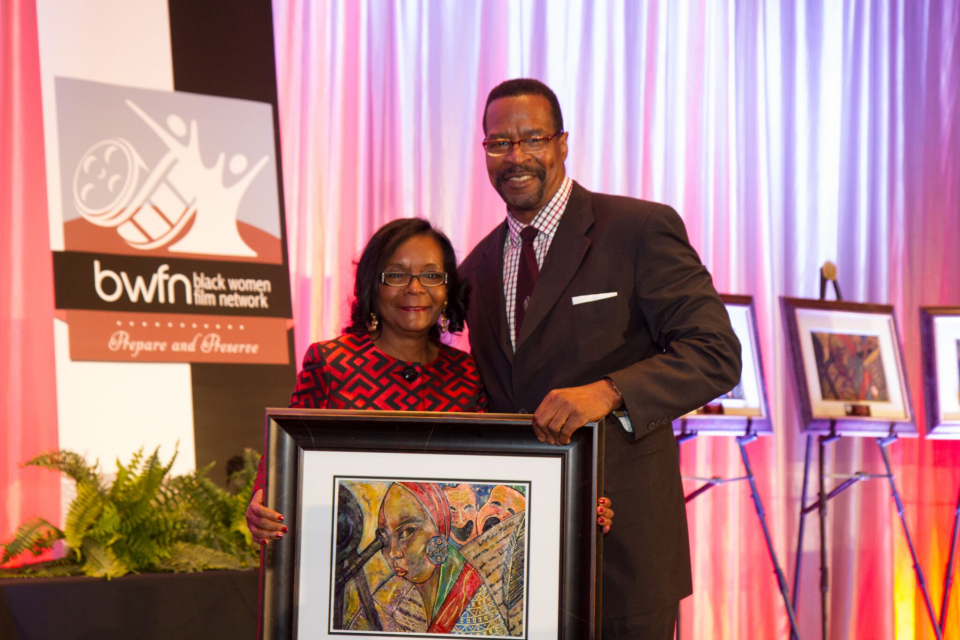 The Black Women Film Network has a way of making National Women’s History Month festive with its annual summit.

In celebration of its 20th Anniversary, the BWFN announces the 2017 Black Women Film Summit is taking place March 2-4, 2017, in Atlanta. This multi-day event will honor the significant achievements of women and men of color in film and television and will include its signature “Untold Stories” Luncheon, the Black Women Film Festival, a Book Festival and engaging panel discussions.

“I am extremely proud of the accomplishments that the Black Women Film Network has achieved over the last 20 years,” says Sheryl Gripper, founder and executive director of BWFN. “When I started BWFN, I wanted to create a place for women of color to network, discover new opportunities, and access resources that will further their careers in film and television. I am happy to say that we have done that and then some. I’m excited about the future and what the next 20 years will bring.”

Looking back 20 years ago, is the BWFN living up to or surpassing your dream?

I am happy to say that we have done that and more. I’m excited that BWFN is living up to that dream and, in some instances, surpassing it.

Why is it important for the organization to leave such a big mark on the Atlanta community during National Women’s History Month?

Hosting our signature event Untold Stories Awards and Scholarship Luncheon and our BWFN Summit in March helps to amplify the important role that women of color and their allies have played in the industry, which can go overlooked.

What are some of the organization’s biggest success stories in terms of advancing women in the industry?

Our student scholarship winners who have gone on to forge successful careers in television and film are some of our biggest success stories, including Jaunice Sills, director of programming, E! who is also a BWFN board member; Alicia Daniels is a member of the Directors Guild of America and a 2nd AD for Tyler Perry Studios; and Alexa Harris, who went on to earn a Ph.D. in communication and culture at Howard University.  Another success story is our early support of Ava DuVernay in 2012 when she released Middle of Nowhere, and we held a private screening to drum up support for this former film publicist who was transitioning into a full-time filmmaker. Now look at her. The transition is complete and she will be the first African American woman to helm a $100 million film when she brings A Wrinkle in Time to the screen, starring Oprah Winfrey.

What is the five-year strategic plan for the organization? What is the 25th birthday wish?
Honestly, we don’t tend to plan in five-year cycles — that seems too long in a global industry shaped by technology, which evolves rapidly. The goal is to keep BWFN’s eye on the prize of moving women from the margins of the industry to the center.

The “Untold Stories” Awards Luncheon is part of the three-day Black Women Film Summit on March 2-4. The Summit will open Thursday, March 2 at the Center for Civil and Human Rights with a screening of FOX’s new drama “Shots Fired,” created by Gina Prince-Bythewood and Reggie Rock Bythewood.

On Friday, March 3 at the Atlanta Marriott Marquis, the “Untold Stories” Awards Luncheon will honor Ozzie Areu, president of Tyler Perry Studios; Will Areu, vice president of Tyler Perry Studios; actor Dondré Whitfield (“Queen Sugar,” “Mistresses”) and his wife, accomplished actress, director and philanthropist Salli Richardson-Whitfield (The Great White Hype, Antwone Fisher, I Am Legend) with the “Power Couple” Award for their dedication to promoting positive images of black love and family throughout their careers; and Donna Lowry, veteran broadcast journalist and 20-year BWFN board member. In addition to recognizing our honorees, the luncheon will award scholarships to students entering film and television.

The final day of the Summit is Saturday, March 4 at Atlanta Technical College. On this day, BWFN will present the Black Women Film Festival screenings — in partnership with Bronzelens Film Festival — from noon to 3 p.m.

On Saturday, March 4, the 10th Annual BWFN Book Festival will take place from noon to 2 p.m. and will feature a number of authors, including former LaFace senior director of marketing Sheri Riley, author of Exponential Living® – Stop Spending 100% of Your Time on 10% of Who You Are (Penguin Random House). Additional authors in attendance will be:

ChooseATL will present a panel discussion at 3 p.m. titled “Secrets from the Set: Showrunners, Writers, Actresses Take You Behind the Scenes of Hit TV Shows & Films Produced in Atlanta.” There will also be workshops on kids acting, stand-up comedy, auditioning, casting and social media.