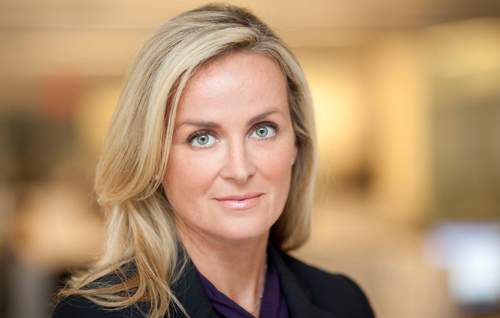 A woman who was just promoted to the top spot at Fox News is named in at least two sexual harassment suits brought against the beleaguered cable network, the media has learned.

This follows the exit of co-president Bill Shine, who recently resigned. And his exit comes less than a week after alleged sexual predator Bill O’Reilly was fired.

Scott has worked at “all production and creative areas” since the network’s inception, a Fox release said, including just being promoted to executive vice president of programming in August.

Today, however, Scott is being accused in two separate sexual harassment lawsuits against Roger Ailes of having enabled the disgraced Fox News head man and his alleged heinous behavior for years. Ailes, you recall, was ousted from the network last summer amid an avalanche of sexual misconduct accusations.

“One ex-Fox employee described Scott as “a nightmare – just as bad as the rest.” Another current employee said she was “worse than Shine in deflecting concerns of women,” added NPR media correspondent David Folkenflik, the NY Daily News reports.

“This Complaint is not just about Ailes … For Ailes did not act alone,” the lawsuit says. “He may have been the primary culprit, but his actions were condoned by his most senior lieutenants, who engaged in a concerted effort to silence Tantaros by threats, humiliation, and retaliation.”

For example, in August 2015, Tantaros says former Massachusetts Sen. Scott Brown subjected her to verbal and physical harassment during his visit to her show, “Outnumbered.”

Despite Tantaros’ complaints, she claims that Shine and Scott “ignored Tantaros’s complaint, and continued to book Brown on ‘Outnumbered.’”

Contributor Julie Roginsky’s suit, Politico reports, was filed early last month, alleges that Ailes sexually harassed her, then retaliated after she spurned his advances. Scott and Shine “took no action to investigate” Roginsky’s claims, she said.

“Roginsky knew that Fox News was completely controlled by Roger Ailes and that those who crossed him would be retaliated against by those who reported to him, including Bill Shine, (general counsel) Dianne Brandi, Suzanne Scott and (PR boss) Irena Briganti,” the lawsuit claims.