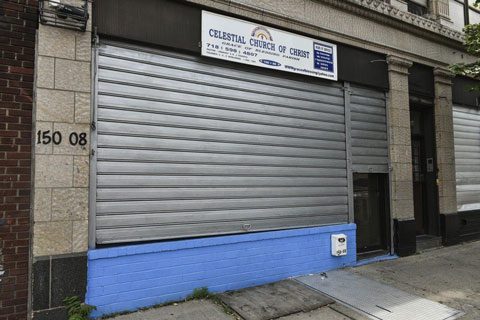 A night of prayer turned into a horrible robbery and sexual assault on a New York woman as she left a church. According to the New York Daily News, the victim is a 50-year-old, Liberian immigrant and mother of two. She had just finished praying at Celestial Church of Christ in the Queens section of the city. The victim had been attending the church for at least 10 years, according to her pastor Kehinde Oyetunde.

She left the church and walked to the subway station on Tuesday evening when she was approached by two men in their 20s. One of her assailants pulled a gun, aimed it at her head and demanded her money. The victim stated, “I thought it was a joke at first, but when I turned he put the gun to my forehead and repeated himself, saying, ‘Give me all the money.’ I told him, ‘I have no money’ and he said, ‘Give me your wallet.’”

The attackers then forced her to walk about a block away to an area behind the garbage truck and the woman’s nightmare truly began. One of her attackers called over three of his friends to join in a vicious assault. The victim said, “They tell me, ‘You don’t have money so take off your clothes!’”

She stripped naked and was told that if she didn’t perform oral sex on the group she would be killed. The victim even tried lying to her attackers by saying she was HIV-positive, but they did not care. Three of the five men then forced her to perform oral sex on them, one individual, however, left briefly and later came back with a condom. During the attack, the men slapped her and verbally abused her with one saying, “You are a stupid African woman.”

After the rapists finished their assault on the victim, they ran away from the scene leaving her naked and sobbing in the street. The woman then struggled to walk four blocks back to her church and her pastor called 911. A forensics team recovered a used condom, which they will attempt to process for DNA evidence. In addition, the woman’s sweater will be processed for evidence. Police are looking for her attackers, who are all believed to be in their 20s.