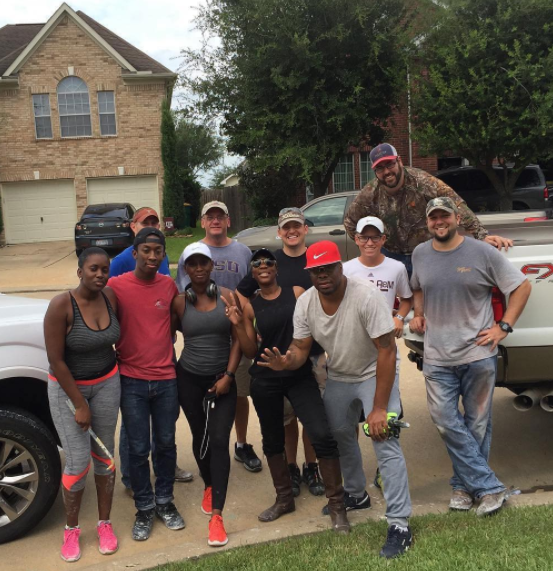 For nearly a week Hurricane Harvey hit Texas cities along the coast with catastrophic rainfall and flood waters, inundating Houston in particular.

America witnessed rescue teams navigate boats through subdivisions which now resemble lakes. The imagery mainstream media portrayed gave the impression the only good Samaritans were White. There were no good-news stories of Blacks or other ethnicities helping Texans in need.

One call to publicist Nekia Semien shed light on the untold story. Several H-Town entertainers, TV hosts and radio personalities took matters into their own hands — DJ GT, Dead End Redd, Keezy, OG Ron C, DJ Hi-C, and DJ Mr. Rogers. These brothers and sisters are urban warriors in the trenches, wading through the currents, helping people in need. Going to neighborhoods others would not think of helping. 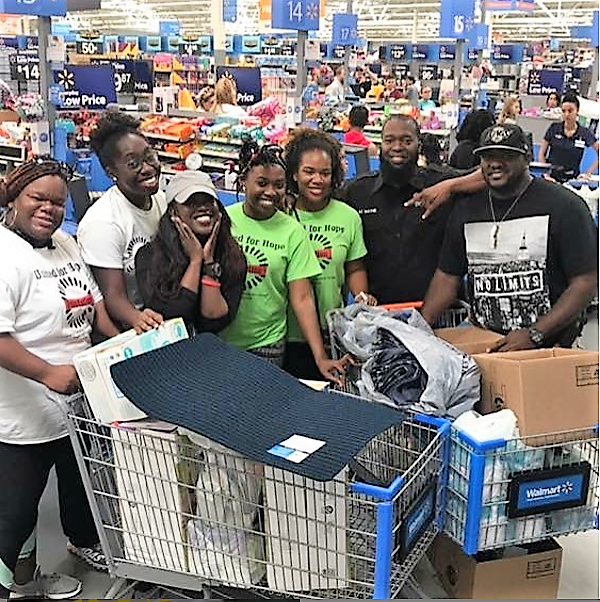 Aug. 31 was DJ GT’s  birthday. The past few days have been surreal for him. The week was planned with a host of parties and festive celebrations, but those plans were brought to a screeching halt by Harvey. What others may see as a disaster DJ GT sees as a blessing. “This has become the best birthday I have ever had,” said DJ GT. From feeding over 300 people with local truck vendor, Cool Running, to passing out water, toiletries, and baby supplies, DJ GT has been in the trenches from the beginning.

“When the storm [Harvey] hit, I was unable to get out of the house. I felt helpless,” DJ GT lamented. He decided to become a social warrior by using his social platform for a good cause. The idea to use the hash tag #socialwarrors turned into a champion cause. Once posted, it caught on. People shared as well as responded from all around the country. “It [social media] enabled us to rescue people from all over Houston,” he said. GT’s Instagram page shows countless success stories of rescuing families in communities mostly populated by Blacks. These same people were unsuccessful in contacting the overwhelmed 911 system. 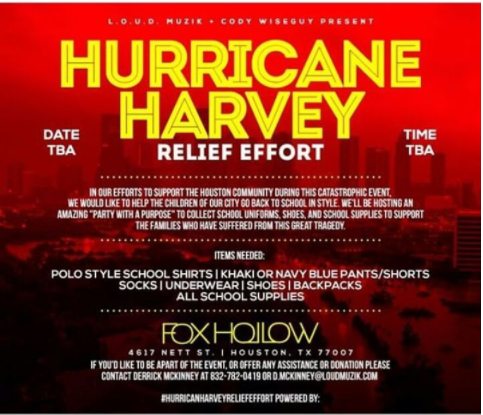 Dead End Redd represents Houston’s South Park. The area gets its name because it dead ends into Martin Luther King Jr. Drive. I caught up with Dead End Redd on the north side of Houston collecting donations to help hurricane victims.

Like so many during this time of crisis, Redd used social media for a greater cause. One social post reads in part, “If you are blessed to b[e] here be a blessing to others.” Redd is doing just that. Besides the typical daily necessities, he started a clothing drive for the upcoming school year, which was scheduled to start this week but has now been postponed until after Labor Day.

Redd stated, “People started asking me for help and I had to find a way to help.” Redd utilized social media and access to walkie-talkie dispatch to listen and to determinate where to help and rescue. “Most of the poverty stricken areas with our people in them were waiting [up to] 32 hours to get rescued but they already got ten feet of water in their houses before the motherf*cking levy was leaking out of control, some people died.”

Redd started reposting messages such as the one below of communities forgotten and never mentioned on mainstream media. Orange, Texas, is on the Texas/Louisiana line, 138 miles east of Houston. “I was getting messages of people missing, I just started doing what Trump did, using an unlimited source to reach unlimited people.” 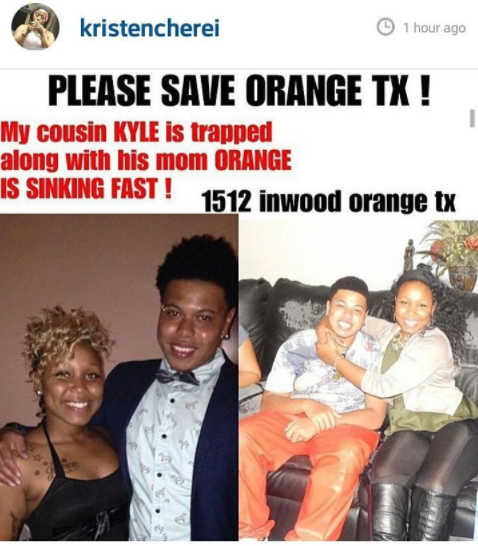 Local rapper Keezy was on the northeast side of Houston representing Homestead and Langley. “Man it is devastating out here. People have lost their houses, cars, they lost everything. I didn’t lose anything but so many people were just stranded,” stated Keezy. He along with a couple of partners, got a boat to help folks get to dry land. They also provided them with needed food, clothes and basic necessities.

For the past three days, Keezy fired up the grill to smoke meat and pass it out to the community. Today, there was a pleasant surprise, they welcomed the sun to the cookout.

Radio personality OG Ron C reiterated, “I’m overwhelmed that my city came together to help one another. As entertainers, we can always put our resources together and spearhead things as a public figure, but to see average people who lost everything still helping others is wonderful.”

The positive take away from Hurricane Harvey is witnessing how Blacks and Whites came together to help the community.  despite some random cases of vandalism, for the most part, Houston was working as one.