If you’ve been sexually harassed or assaulted write ‘me too’ as a reply to this tweet. pic.twitter.com/k2oeCiUf9n

The #MeToo movement is blazing like wildfire. On October 15, 2017, actress Alyssa Milano tweeted “If you’ve been sexually harassed or assaulted write ‘me too’ as a reply to this tweet.” On Wednesday’s episode of “Today with Megyn Kelly,” Milano says after she posted the tweet she fell asleep. She awoke to more than 30K replies the next day. She was taken back. The number has grown to 50K plus at the time of this writing.

“It’s a perfect storm of everything coming together,” Milano added during the interview.

Milano is a friend of Rose McGowan who has been very vocal during this wave of sexual harassment claims in Hollywood, and Harvey Weinstein’s wife, Georgina Chapman. “This is not easy for her,” Milano says of Weinstein’s wife who has left the disgraced entertainment mogul.

Tarana Burke coined the #MeToo phrase years ago. She joined Kelly and Milano this morning. She is grateful to all those who ensured she was not left out of the picture and tweeted her sentiments when the Time magazine cover was revealed.

Thank you EVERYONE!! Especially all of you who rang the alarm when you thought I wasn’t being acknowledged. I couldn’t say anything!! I’m sorry. But I felt every bit of the love. Now the work REALLY begins. 💕#metoo 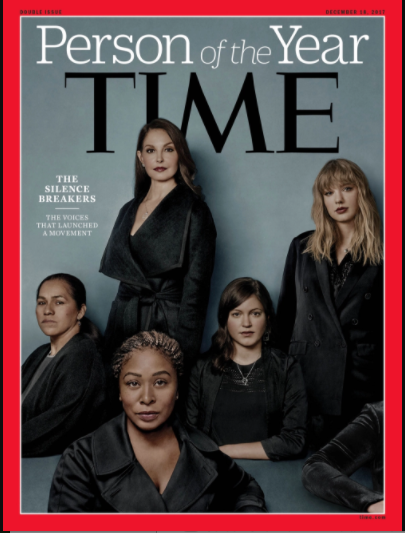 The galvanizing actions of the women on our cover—Ashley Judd, Susan Fowler, Adama Iwu, Taylor Swift and Isabel Pascual—along with those of hundreds of others, and of many men as well, have unleashed one of the highest-velocity shifts in our culture since the 1960s. Social media acted as a powerful accelerant; the hashtag #MeToo has now been used millions of times in at least 85 countries. “I woke up and there were 32,000 replies in 24 hours,” says actor Alyssa Milano, who, after the first Weinstein story broke, helped popularize the phrase coined years before by Tarana Burke. “And I thought, My God, what just happened? I think it’s opening the floodgates.” To imagine Rosa Parks with a Twitter account is to wonder how much faster civil rights might have progressed.