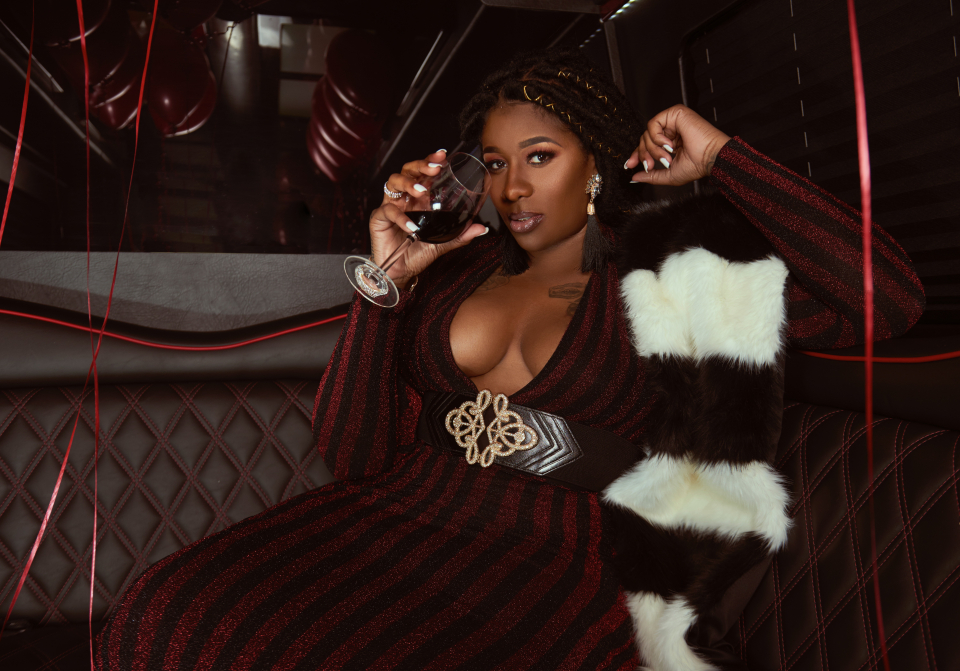 Internet sensation turned entrepreneur and cosmetics maven Supa Cent is the creator of the ever-popular The Crayon Case. From being funny on Instagram to launching a cosmetics empire for the amateur makeup artist, she has proven that anything is possible with hard work and humility. Rolling out spoke with Supa Cent about how she developed such a unique product.

For our readers who may not know — who is Supa Cent and where are you from?

I am just a normal girl from New Orleans who has a public sense of humor. Which got me to where I am today.

How did you become an internet sensation?

When I started doing videos, they were so raw and unapologetic — people related to it! I didn’t care how people reacted to them! I just was venting, and they felt where I was coming from.

Congrats on the success of The Crayon Case. How did you come up with such an elaborate product?

Thank you so much. In my videos, I would do my makeup. That’s when Instagram first came out with live videos. I enjoyed doing my own makeup and I became pretty fond of cosmetics.

Did you ever expect The Crayon Case to go viral the way it did?

Not in a million years. I knew it would be popular because it was in my strategy. I was going to pay whoever I needed to pay to get my company exposure. Just so happened, it went viral from the creativity of the brand. It happened so fast. [It’s a] wonderful blessing.

Who are some of the prominent people that have worked with you and The Crayon Case?

So many celebrities, influencers, even a supermodel have shown so much love [for] my brand. The count is limitless. Without name-dropping.

What advice would you give to women who are looking to become entrepreneurs?

My advice would be to grind hard, research what you are standing behind. Don’t stand for anything!! Don’t take no for an answer. So many people will hold you back along your journey. Don’t be one of them.

So what is next for Supa Cent?

YOUTUBE! I’ve just witnessed the huge influence YouTube has and I want to get the info [on] that a little more. I have over 100K subscribers that I don’t utilize. I’m ready for youtube.

Where can our readers follow you and The Crayon Case?