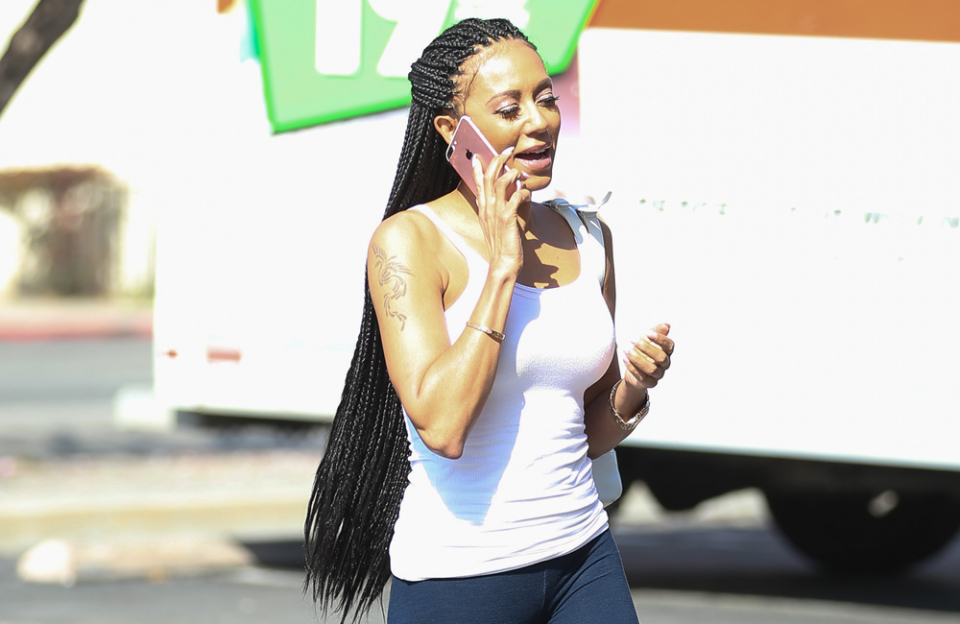 Mel B has reportedly accused her ex-husband Stephen Belafonte of trying to sabotage her one-time lover Eddie Murphy’s relationship with his daughter.

The Spice Girls star has claimed her ex-spouse sent a message to the 56-year-old actor, the father of her 10-year-old girl Angel, when he was attempting to get back in touch and be part of her life.

According to The Blast, court documents show that Mel – who notes that Angel and her dad have a “flourishing relationship” despite Stephen’s alleged involvement – contacted Eddie to set up a meeting with his daughter, but claims Stephen took her phone to send messages to Eddie’s assistant.

Mel said: “As a result of Stephen’s actions, Angel’s father canceled the visitation and did not want to have any interactions with Stephen.”

The court documents – filed as part of Mel’s request to deny Stephen visitation rights with Angel – show she claims not to have seen the messages, but added: “[The] childish action only sought to delay Angel’s unification with her biological father.”

It’s said that despite her ex-husband’s attempts, Angel and Eddie have reconnected, and during their first visit he “gave her the biggest hug and repeatedly told her how much he missed her and how much he loves her”.

Meanwhile, the 42-year-old singer also notes that Angel’s dad has bought her a phone to keep in contact, as well as two French bulldog puppies for her birthday – one of which she named Axel, after Eddie’s character Axel Foley in the ‘Beverly Hills Cop’ action movies.

In addition, she also says that Eddie wanted his daughter to attend the same school as his other children, to make sure they received the same level of education.

Mel finalized her divorce from Stephen – with whom she has six-year-old daughter Madison – in December last year, and in court documents she also claimed he has been showing the children horrific videos of terrorist organization ISIS “beheading individuals”.

Mel’s documents were filed in response to a similar filing made my Stephen, also 42, who has requested visitation with 10-year-old Angel.

In his filing, Stephen listed several likes and dislikes of the young girl in an attempt to prove how close he is with her, but Mel insists he has all the information wrong.

She wrote: “Stephen’s declaration offers an abundance of information containing Angel’s likes and dislikes. However, Stephen seems to have confused Angel for Madison. For example, Stephen states that Angel loved everything pink and now likes everything sparkly and gold. Angel hates bright colors and sparkles and only likes black and brown. She has not been through the type of stage described by Stephen. Our daughter together, Madison, loves gold and anything sparkly.”