Tamar Braxton got her scalp peeled back when she complained that she was “too drained” and “too tired” to attend the funeral of her niece, Lauren Braxton, who died suddenly from a heart condition at age 24 on April 29, 2019.

The youngest of the Braxton siblings at 42, Braxton filmed herself on Instagram Live while in Chicago at the beginning of the Dungeon Tour with fellow singer and reality star Kandi Burruss. Suffering from a headache, Braxton seemed to ramble through a few subjects while telling her fans that she is over the tragic death of her niece and the incessant bickering with her family members.

Yet, Braxton asked her fans more than once to watch the “Braxton Family Values,” but said she is not going to view the popular WeTV show because of all the drama.

“I ain’t here for all that arguing with my family right now,” she said.

But then Tamar turned the conversation to herself and stated that she needed her fans and family to “support her” through her weariness and headache.

Tamar continued the bizarre rant, by saying that her brother Michael Braxton’s daughter is the first real death in the family and that “nobody tells you about attending the funeral.”

Listen to Braxton below, followed by her answer to the backlash from her critics:

After fans came for her, Braxton climbed back on Instagram to post this message from an intellectual: 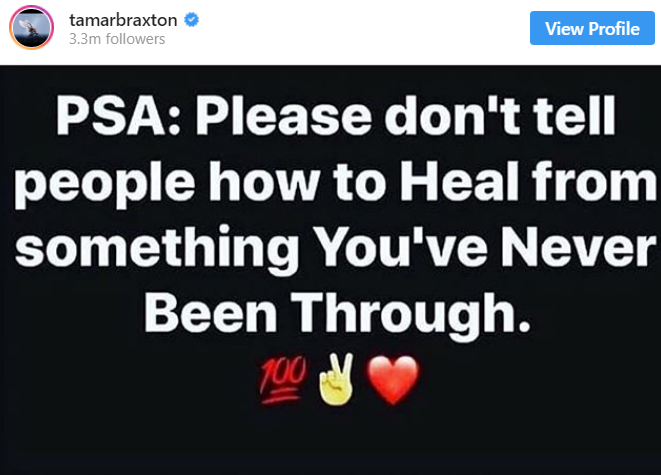 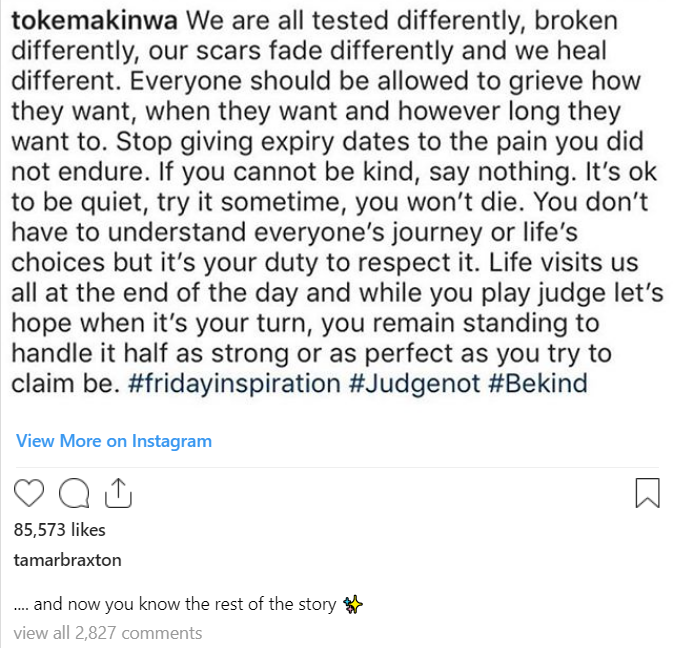 Octavia Spencer stars as Madam C.J. Walker in the Netflix series ‘Self Made’