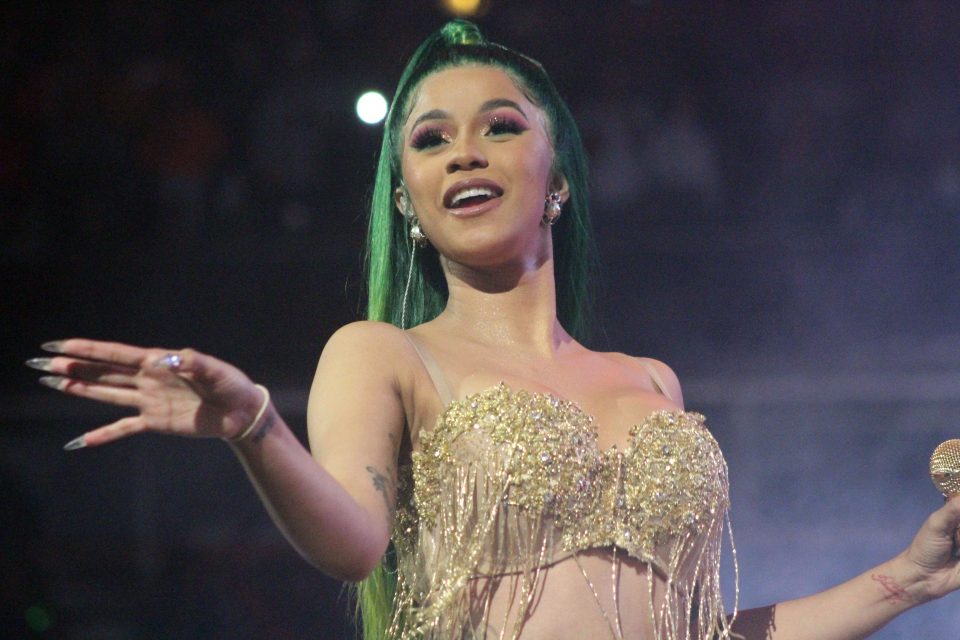 After ruling the Billboard charts and awards shows for the past year, Cardi B now has her sights set on Hollywood.

It is apropos that the hip-hop empress is making her movie debut in Hustlers, a story about strip club employees who team up to drug and swindle their rich Wall Street clients. Scheduled for a September release, the film stars the likes of Jennifer Lopez, KeKe Palmer, Lizzo and Constance Wu.

Below, Cardi shows off her new character and provocative outfit that included a neon blue, barely-there, one-piece thong and silver lace-up heels. She captioned the post with “Y’all ready for DIAMOND to come to a theater near you this fall?”

Y’all ready for DIAMOND to come to a theater near you this fall ? HUSTLER MOVIE !

Cardi, 26, has admitted that, before she found fame via “Love & Hip Hop: New York” and rap, she used her profession as a real-life stripper in New York to drug and rob clients who came back to her hotel room thinking they were going to have sex. She has since apologized for her past behavior. So this movie definitely hits close to home for the Bronx-born beauty.

In an Instagram Live video that is three years old, Cardi B keeps it real: “I had to go strip, I had to go, ‘Oh yeah, you want to f— me? Yeah, yeah, yeah, let’s go to this hotel,’ and I drugged n—-s up, and I robbed them,” she confessed. “That’s what I used to do. Nothing was motherf—— handed to me.”

CardiB says she used to what? 👀 pic.twitter.com/NJWigTlb9Z